The blog has been a wee bit neglected over the past month or so but I was determined to bring you up to date before the year is out.

Christmas in Ireland was gloriously peaceful. The weather was calm. Suitably frosty but with a lovely clear, wintery light. 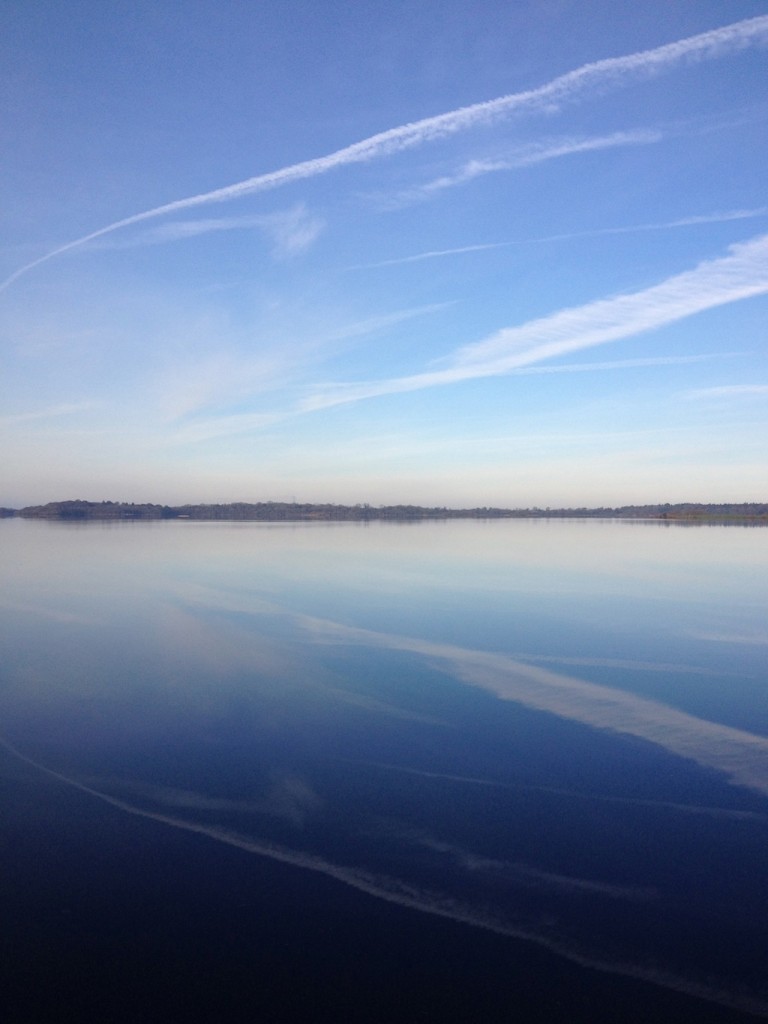 Of course, we had visits from the ducks 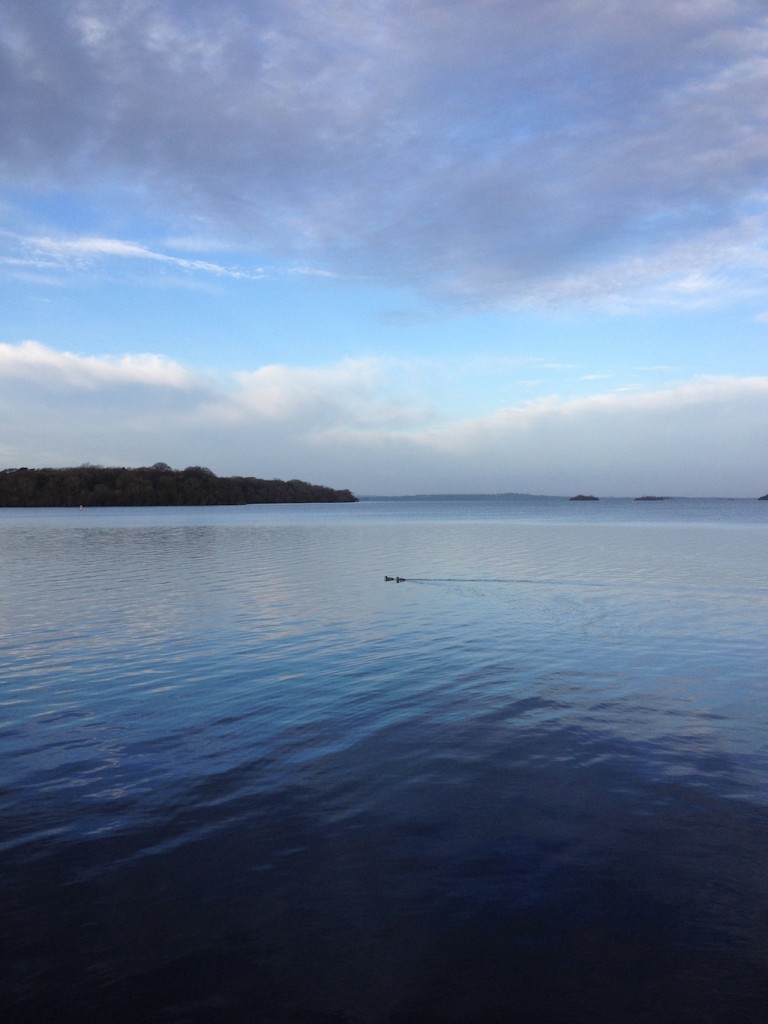 and swans (there are five in the family group. The others were feeling shy that morning) 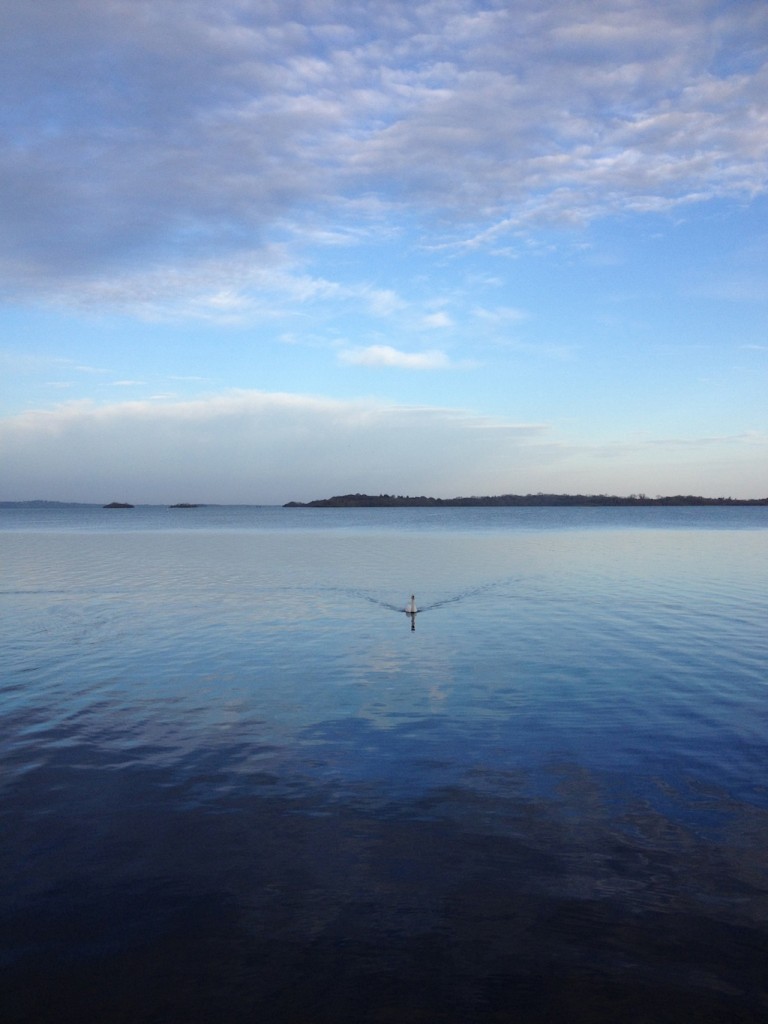 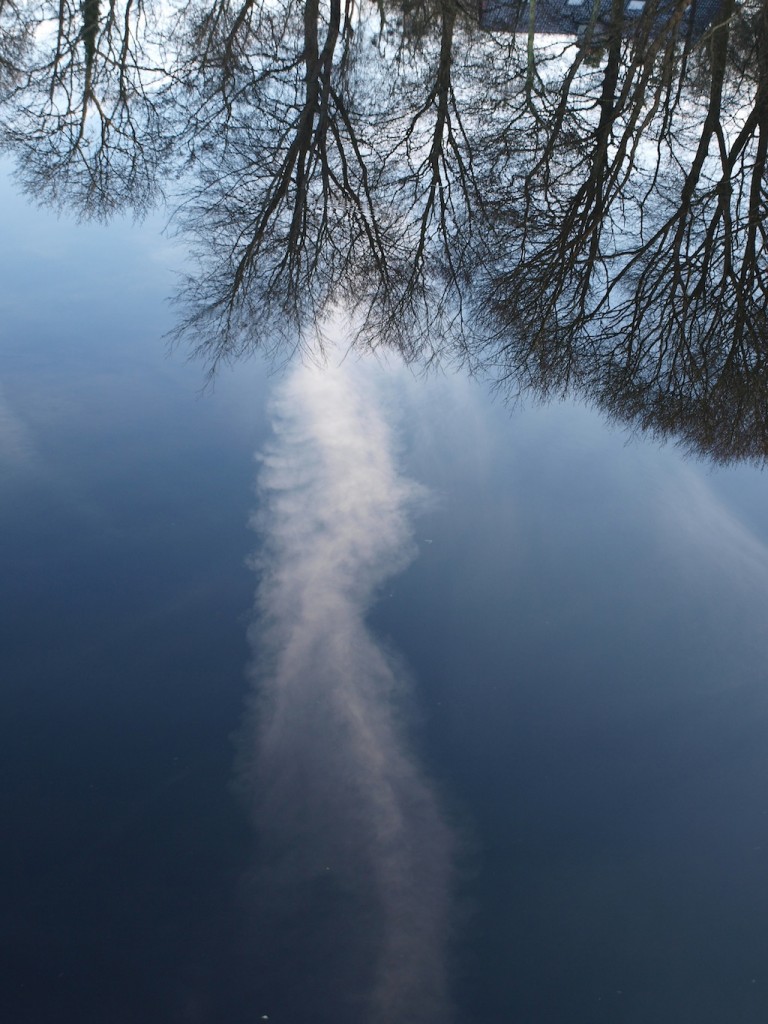 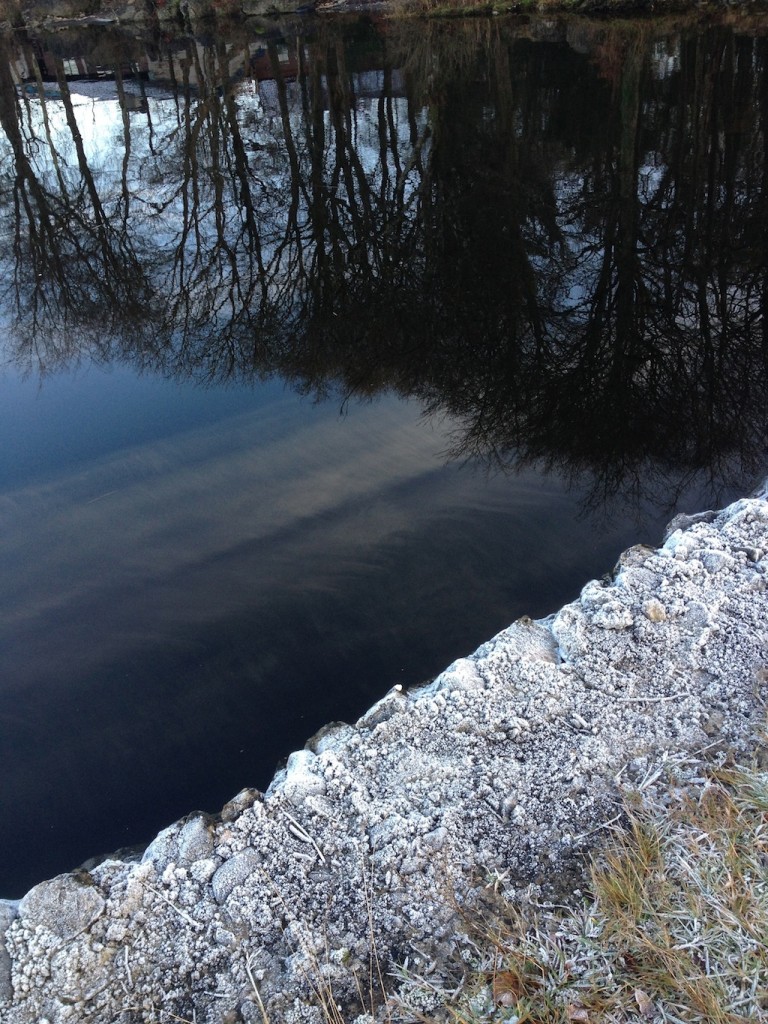 We didn’t do very much. Laid out a few treasured Christmas decorations, like this John Ffrench Tree of Peace 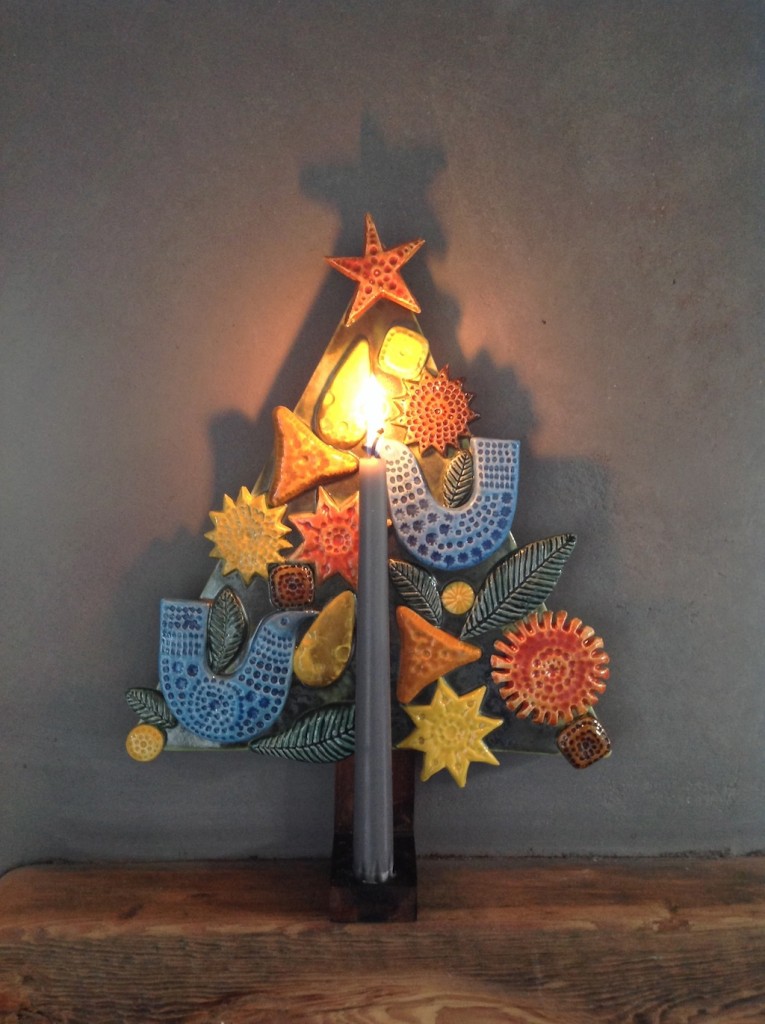 Inspired by Peter Horne’s beautiful plaster casts (have a look at them at Pentreath & Hall), we made some plaster casts of oak, beech, birch and ivy leaves found around the cottage and hung them from a birch twig in lieu of a Christmas tree 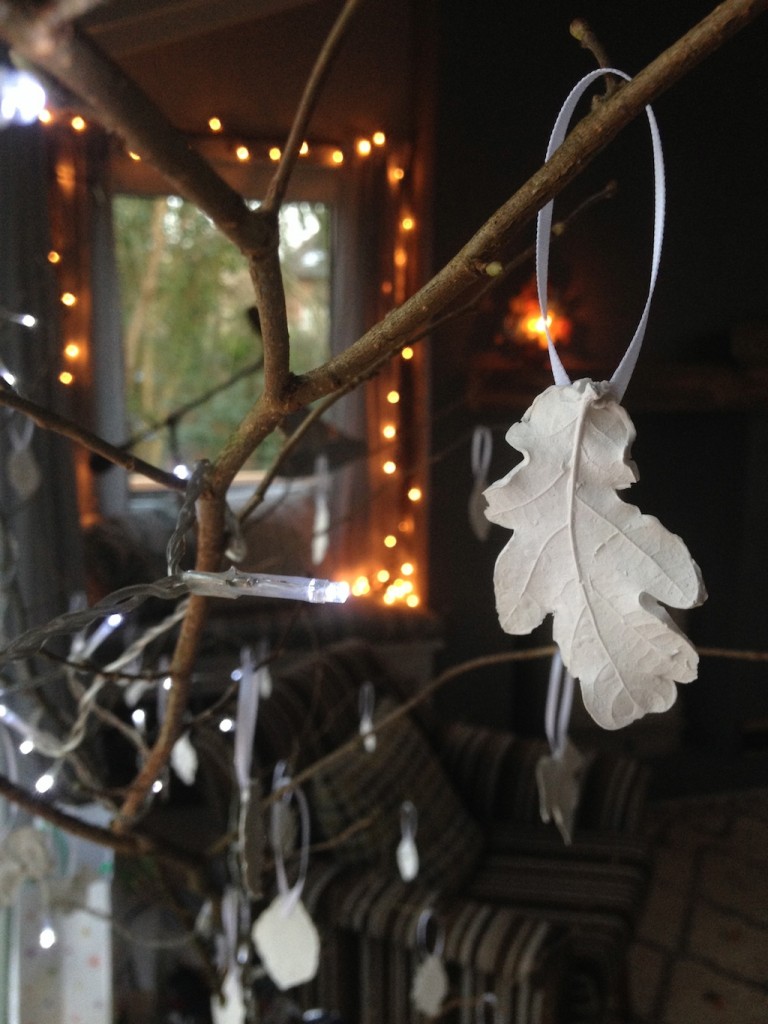 We ate enough for a small army and worked off some of it with occasional excursions. Like to Fore Abbey 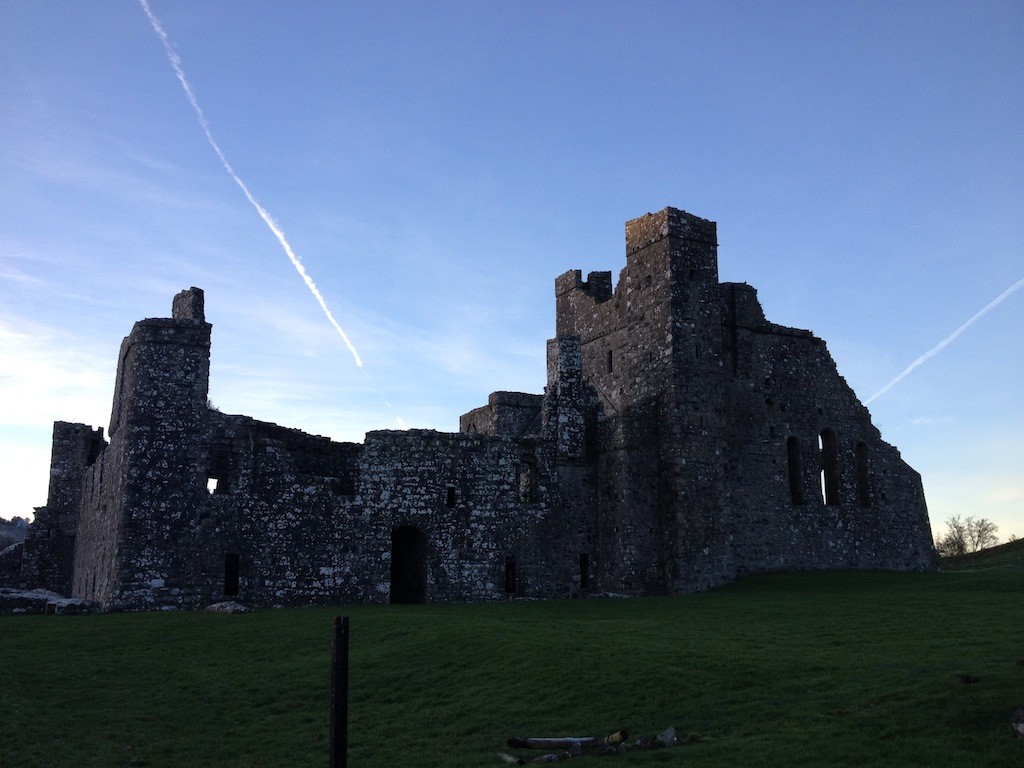 The site of seven wonders, in case you didn’t know. Water that flows uphill, a mill without a race, tree branches that won’t burn etc. 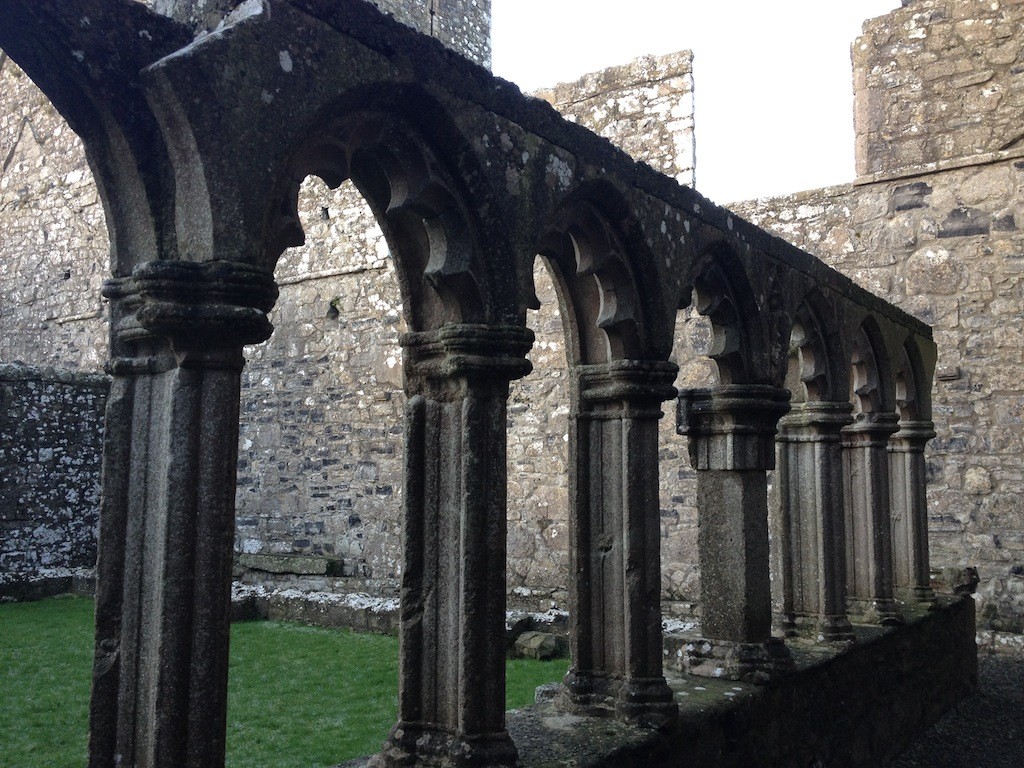 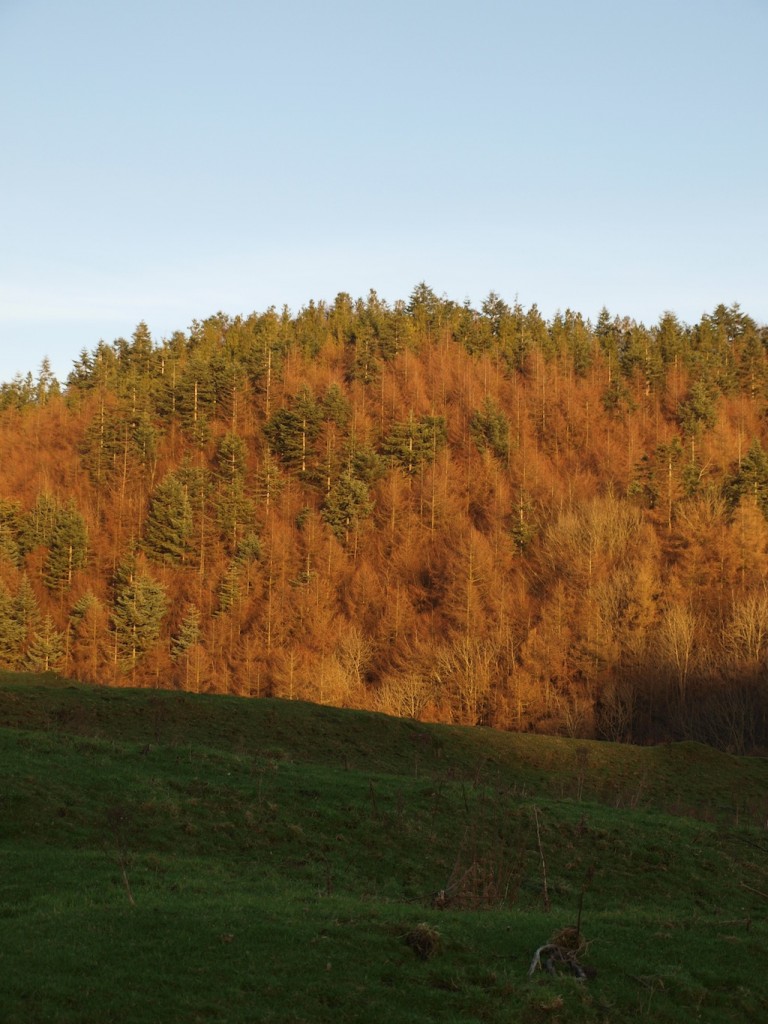 We also visited St Mel’s cathedral in Longford which was badly damaged in a fire on Christmas day 2009. It reopened this Christmas so we could admire the lovely handcrafted interior. I especially liked the Stations of the Cross carved from Bath stone by the sculptor Ken Thompson. The stylised scenes reference early Christian Irish art, as well as modernist design and each has a simple but vibrant colour palette 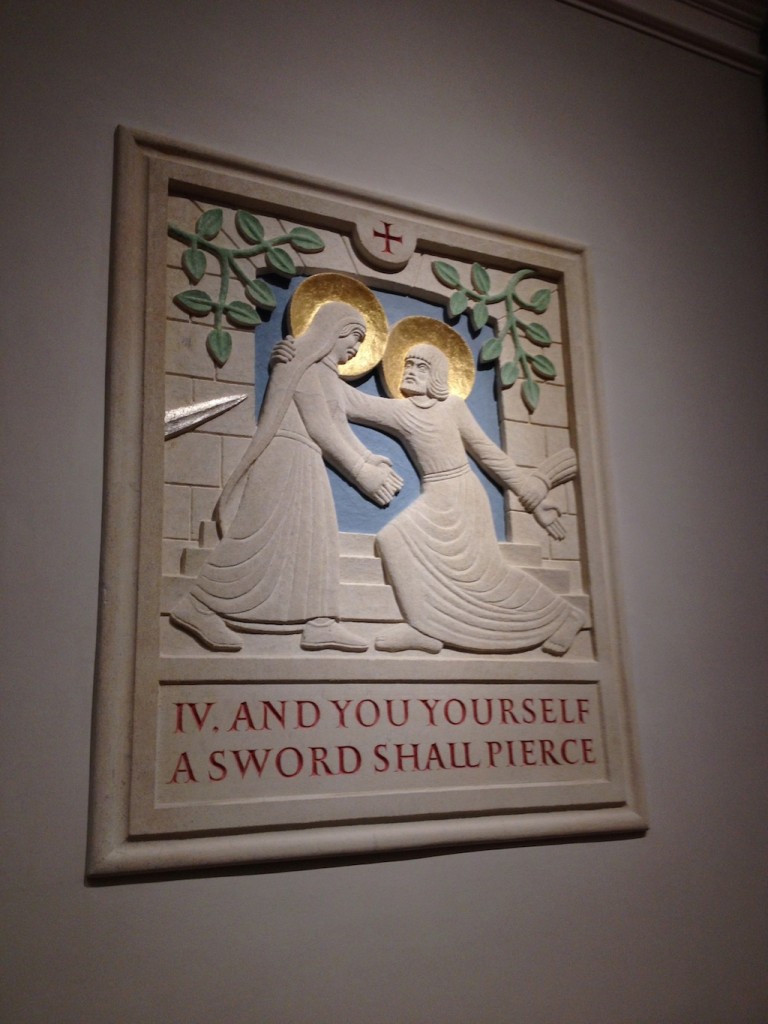 He has used allusive text on the panels rather than descriptive inscriptions. I love the unexpected elements, like this mouse who appears in a couple of the panels 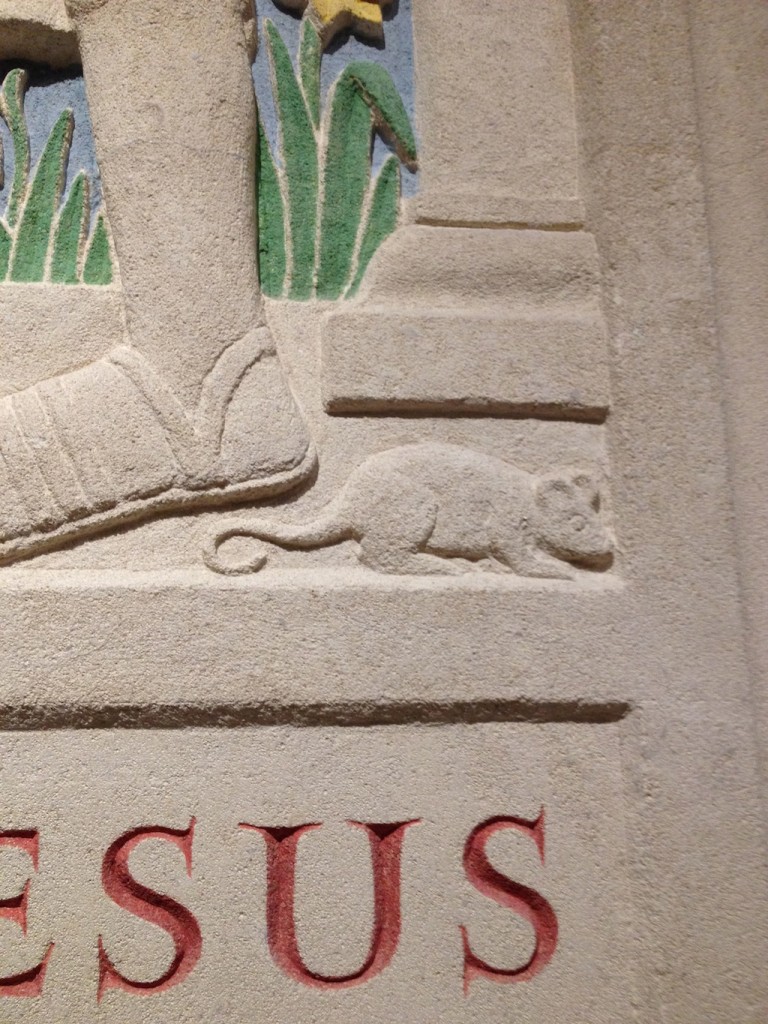 Most of the time we took it easy and enjoyed our surroundings. 2014 has been a year of change for me. Here’s hoping that the coming year brings peace and prosperity to all of us. 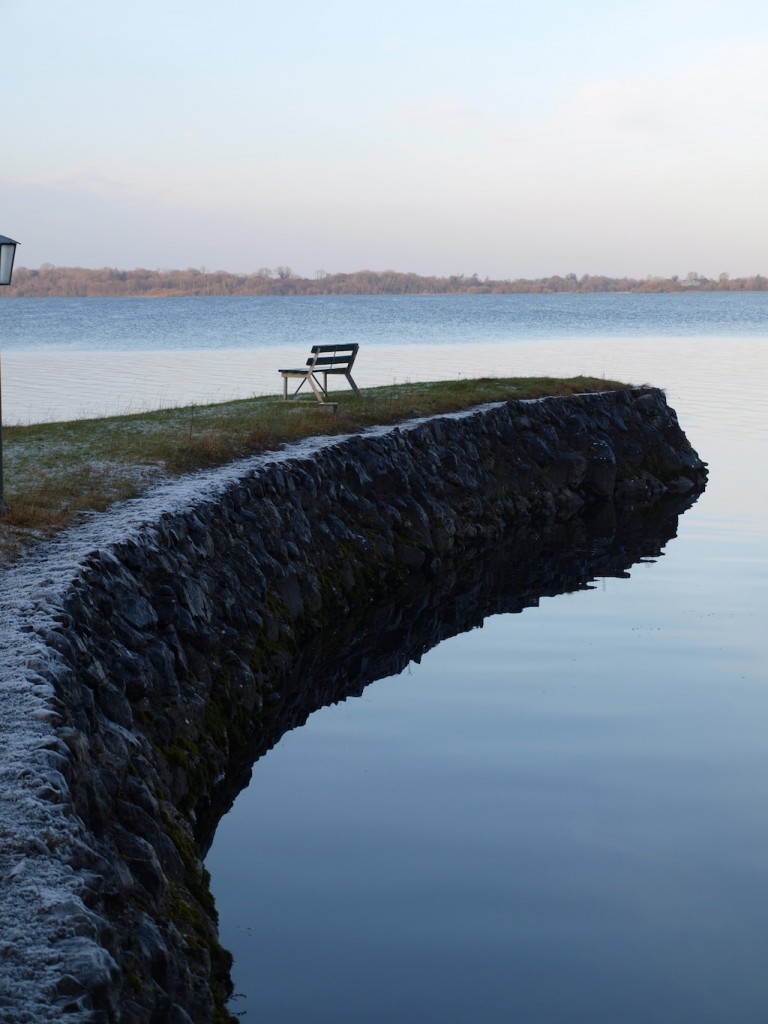 Previous post
Check out some luxury inspiration in a mid-century influenced home
Next post
Could our home be the National Trust’s 13th property in London?