In Praise of All Hallows

I’m not a great fan of the commercial excesses of modern day Halloween or the way rituals such as “Trick or treat” have developed, but there is something powerful about a festival that commemorates the faithful departed and encourages us to think about and celebrate the link with the dead. It is especially appropriate here in Ireland, with its links to the Celtic festival of Samhain, which comes from the Old Irish for summer’s end. Samhain (pronounced sah-win) was the first and most important of the four quarter days in the medieval Gaelic calendar and was celebrated in Ireland, Scotland and the Isle of Man. 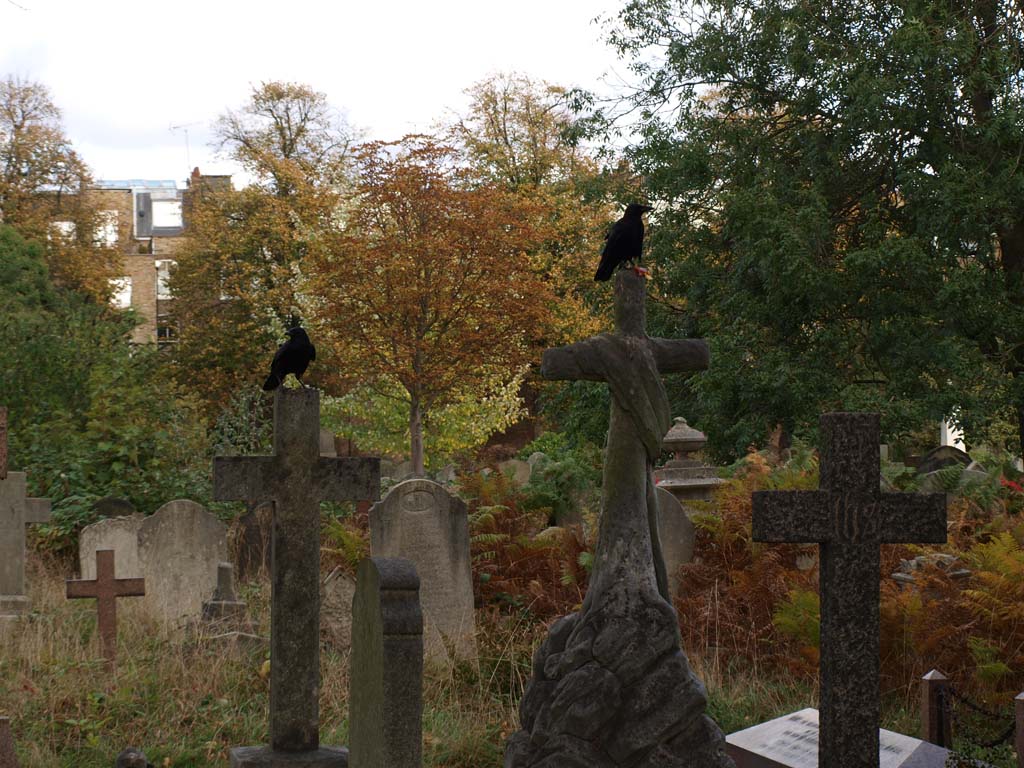 In celebration – and anticipation – of The Day Of The  Dead, we went to A Day In The Life Of Death a couple of weeks ago, an exploration of the commerce of the cadaver which asked questions such as “When death overtakes us, who will undertake us?”, “Is it possible to be buried in central London?”, “What would it cost?” “What are the strangest things that people place in their loved one’s coffins?” Richard Putt of Levertons, undertakers to the Royal Family and Margaret Thatcher, slaked our curiosity on these and other grave matters. There was also a fascinating explanation of natural funerals from Rubert and Claire Callender of the Green Funeral Company who had an array of experiences to relate about immersive funerals and other alternative approaches. Contact the Natural Death Centre for advice if you want to explore this.

Anyway, the  A Day In The Life Of Death salon took place in Brompton Cemetery in South West London. What a place! It’s a beautifully atmospheric graveyard, one of London’s Magnificent Seven encircling the city. These garden cemetries were constructed by private companies in the mid nineteenth century to alleviate the overcrowding of small parish graveyards which resulted from huge population growth in the early part of the century. Consecrated in 1840, it contains 35,000 monuments, from simple headstones to substantial mausolea, marking the resting place of more than 205,000 burials. The site includes large plots for family mausolea, and common graves where coffins are piled deep into the earth, as well as a small columbarium. Brompton was closed to burials between 1952 and 1996, but is once again a working cemetery, with plots for interments and a ‘Garden of Remembrance’ for the deposit of cremated remains. It is the only cemetery owned by the Crown and is looked after by the Royal Parks in a sympathetic, naturalistic way. It’s a beautiful place to visit, especially on a crisp autumnal day. In honour of All Hallow’s Evening, let me share my photos of the visit.

Reminders of the modern city glimpsed above the Victorian collonade 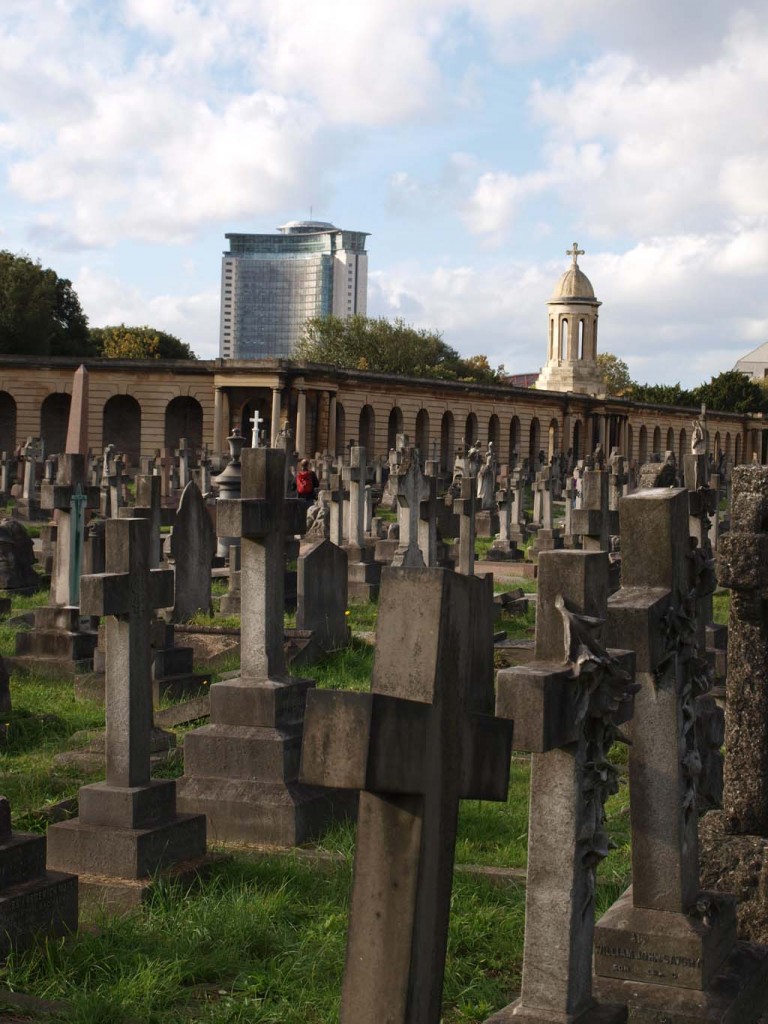 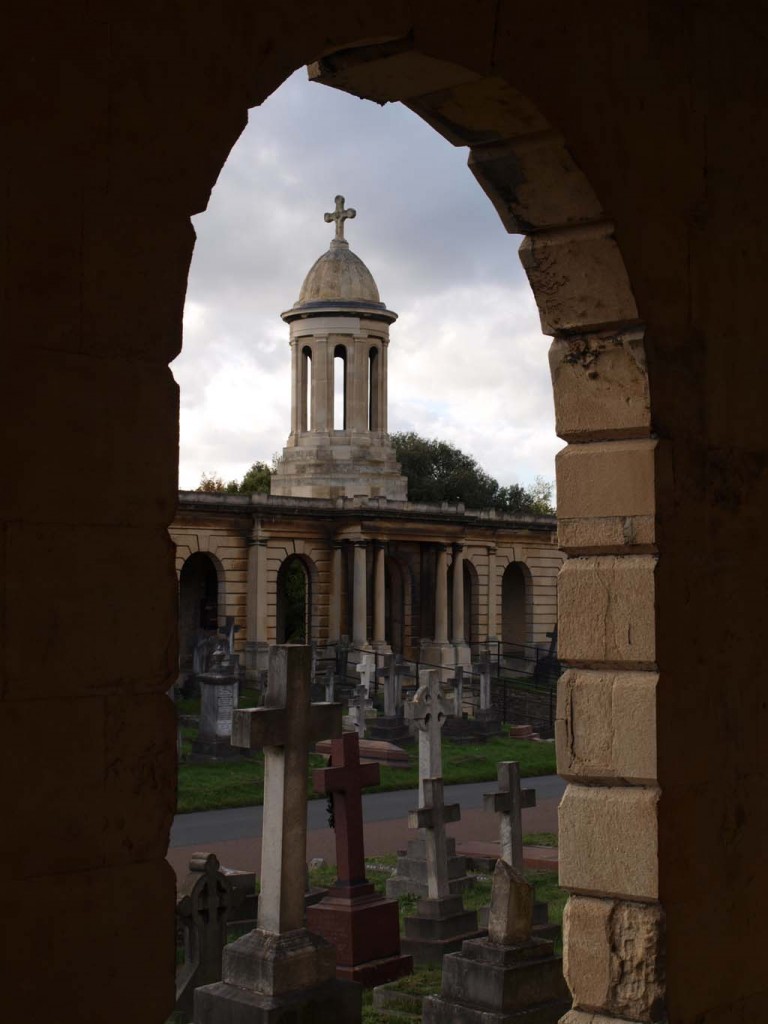 Catacombs were constructed under the colonnades as a cheaper alternative to burial, but these proved unpopular and only 500 places were sold 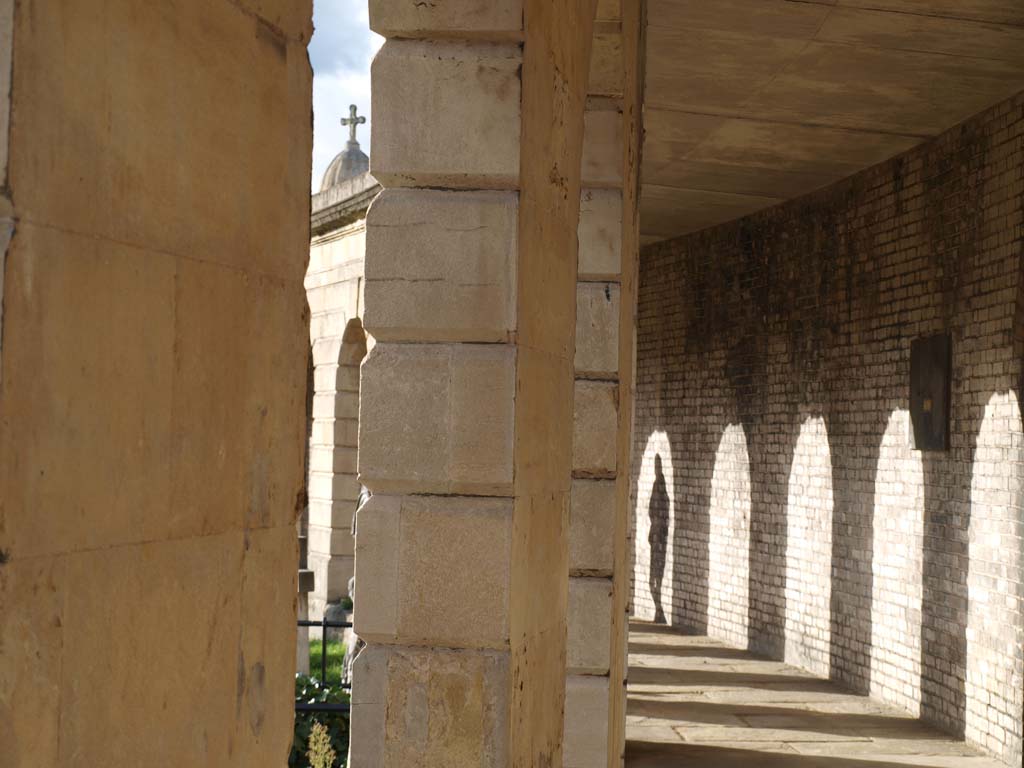 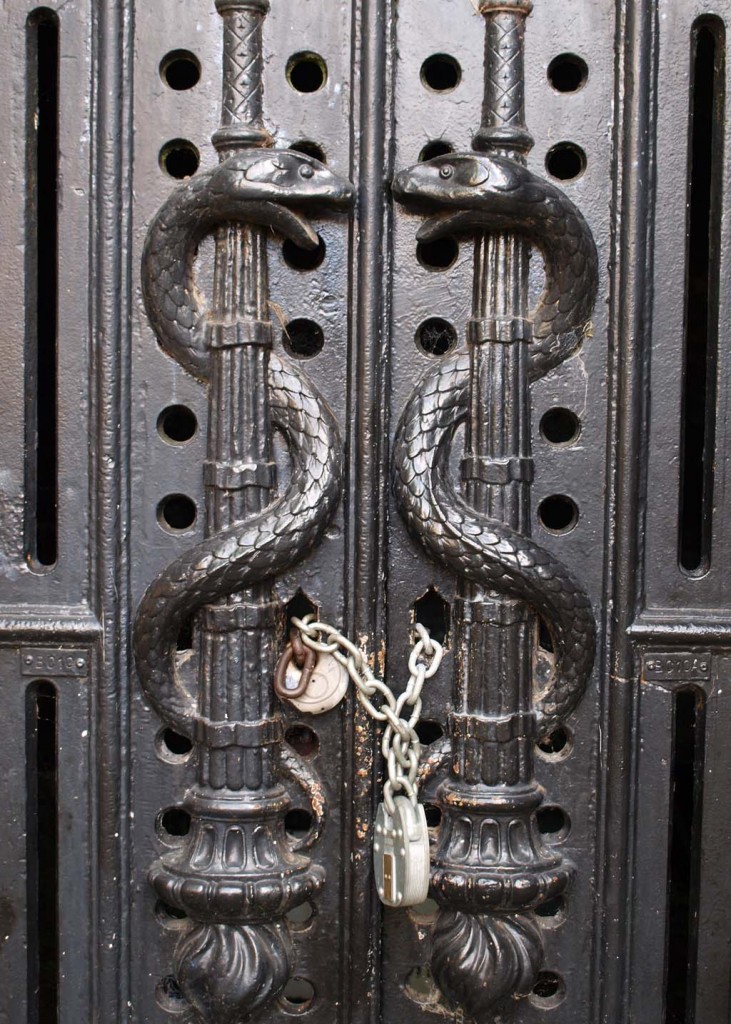 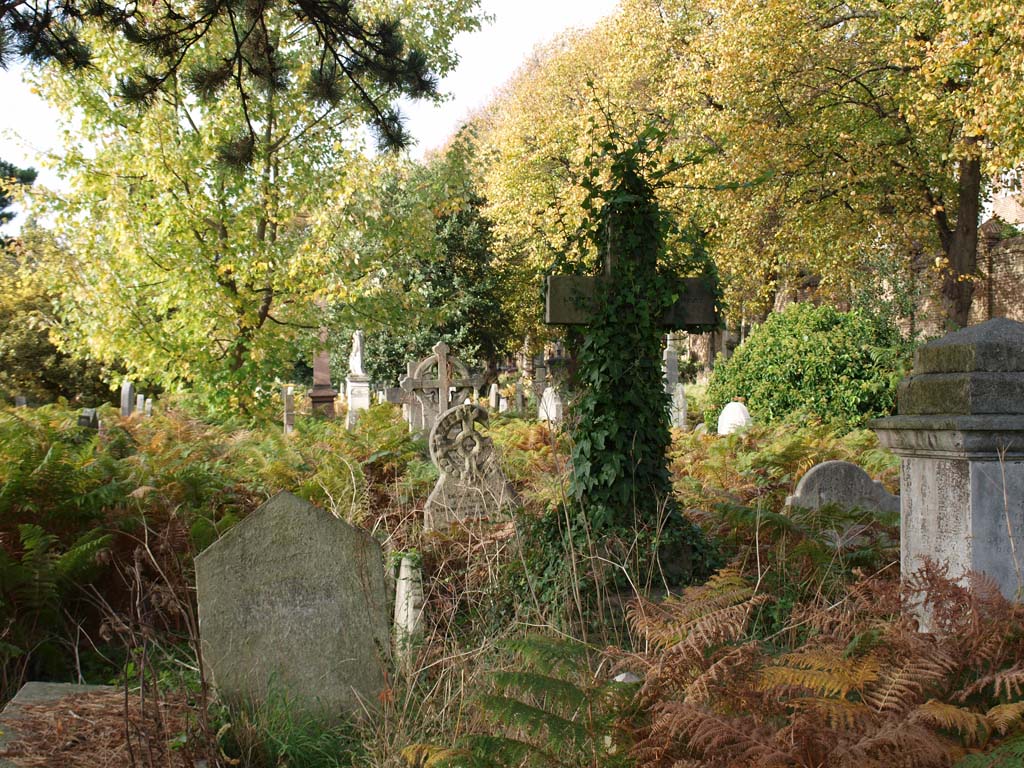 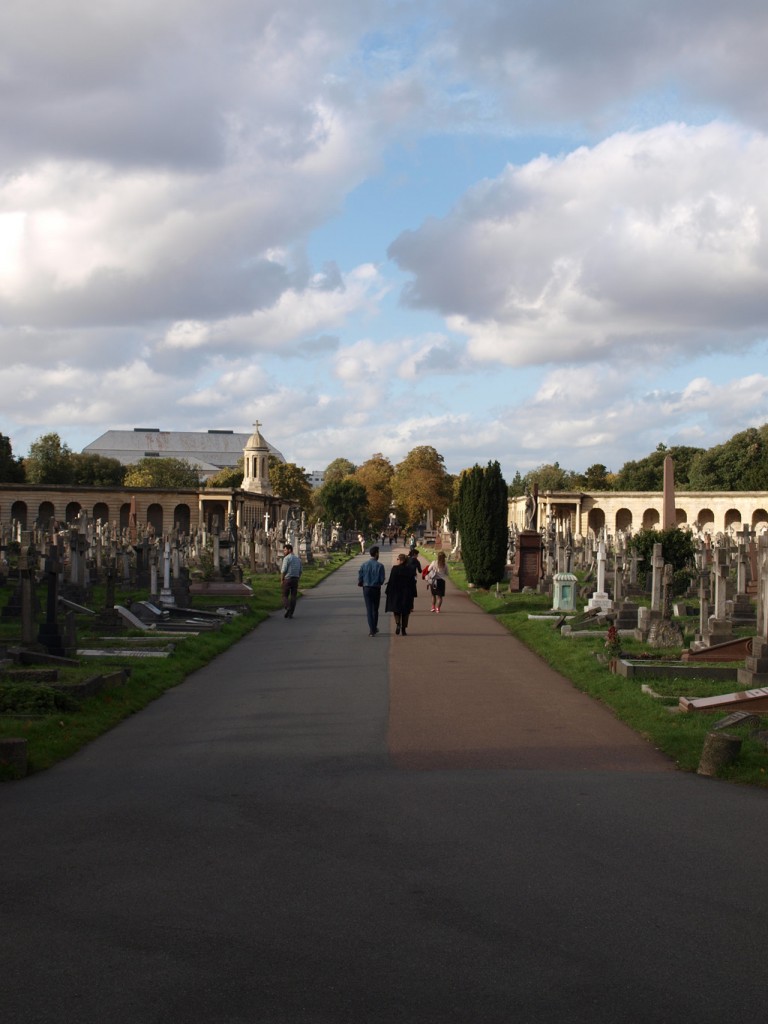 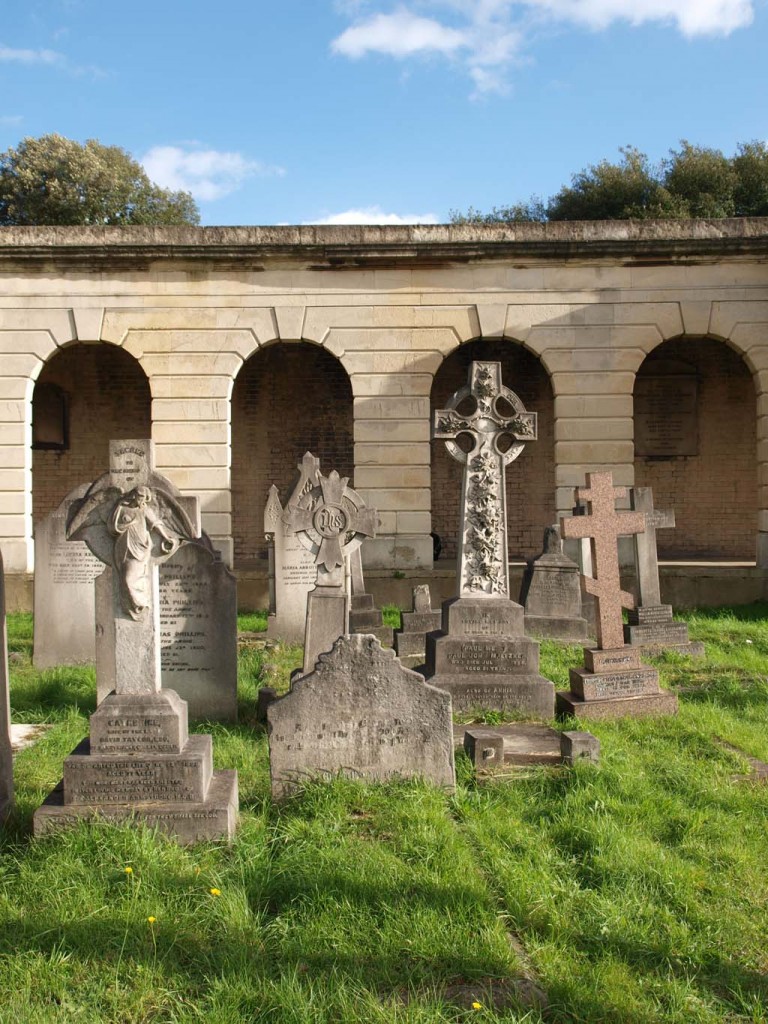 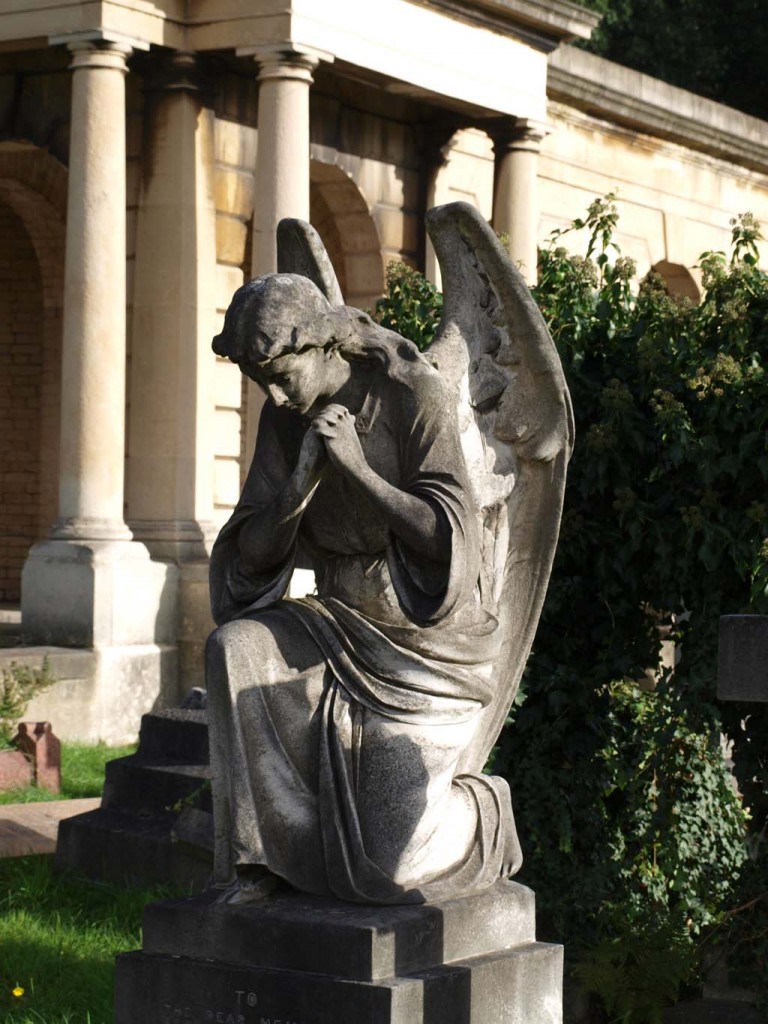 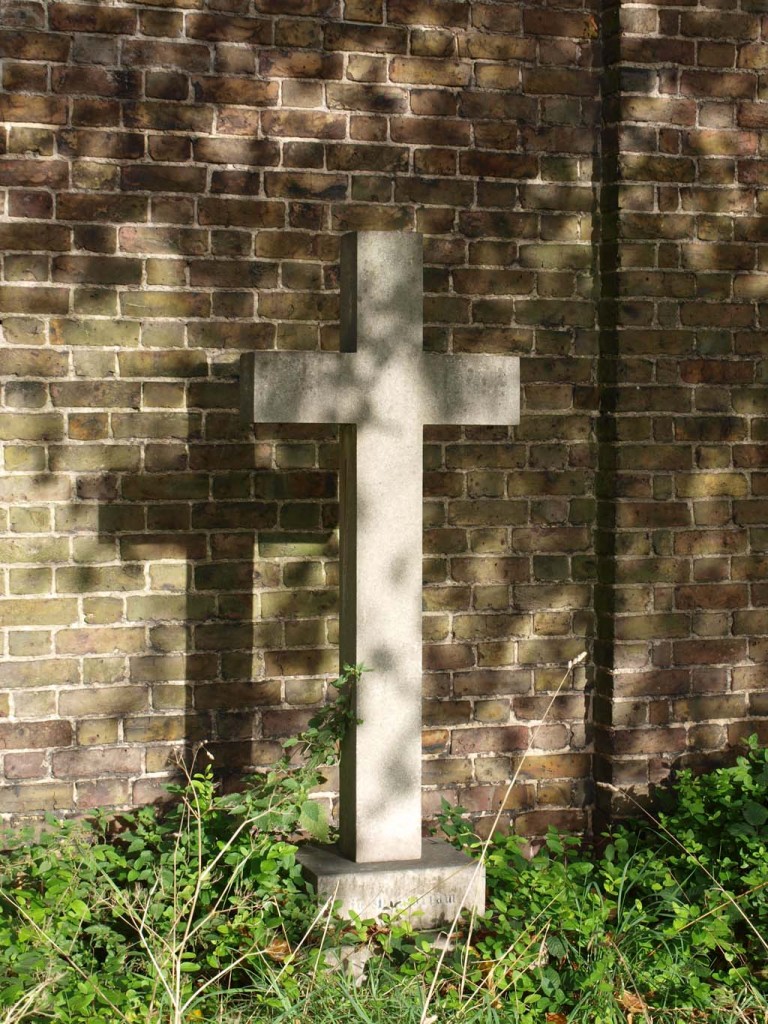 This poor lion is feeling the effect of acid rain 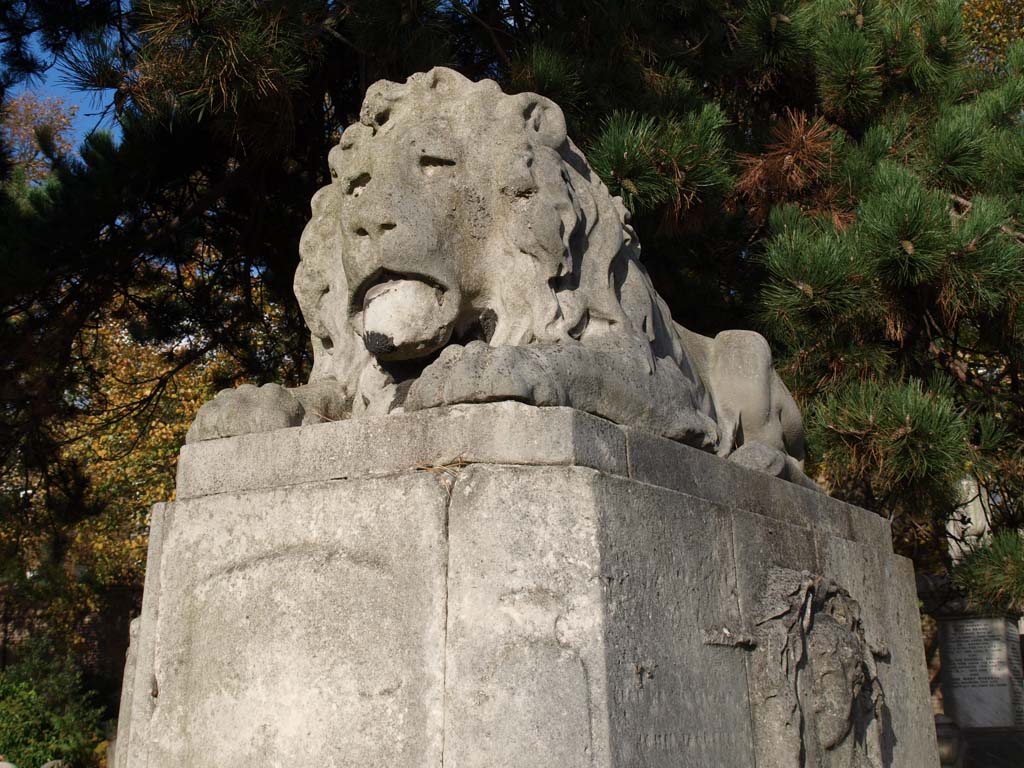 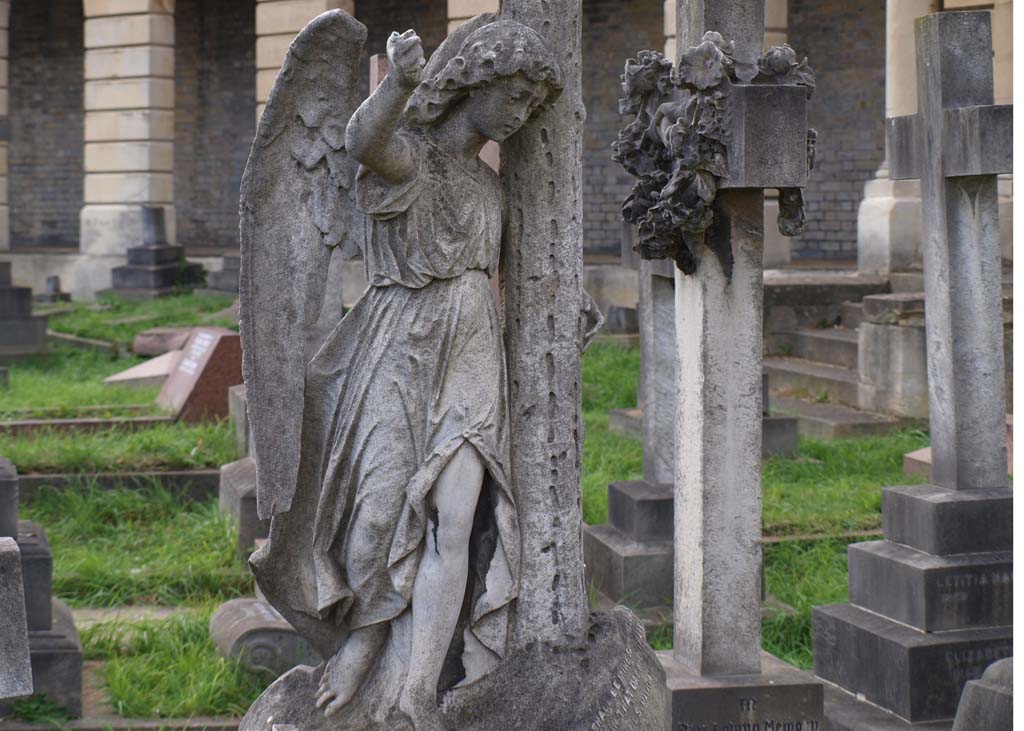 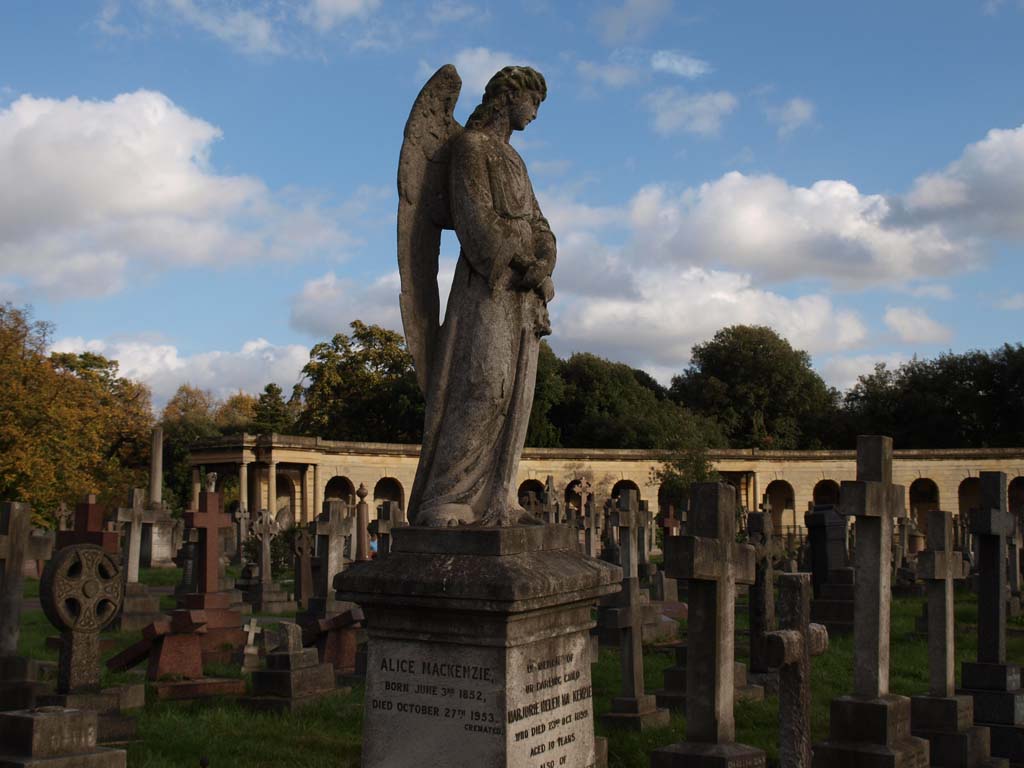 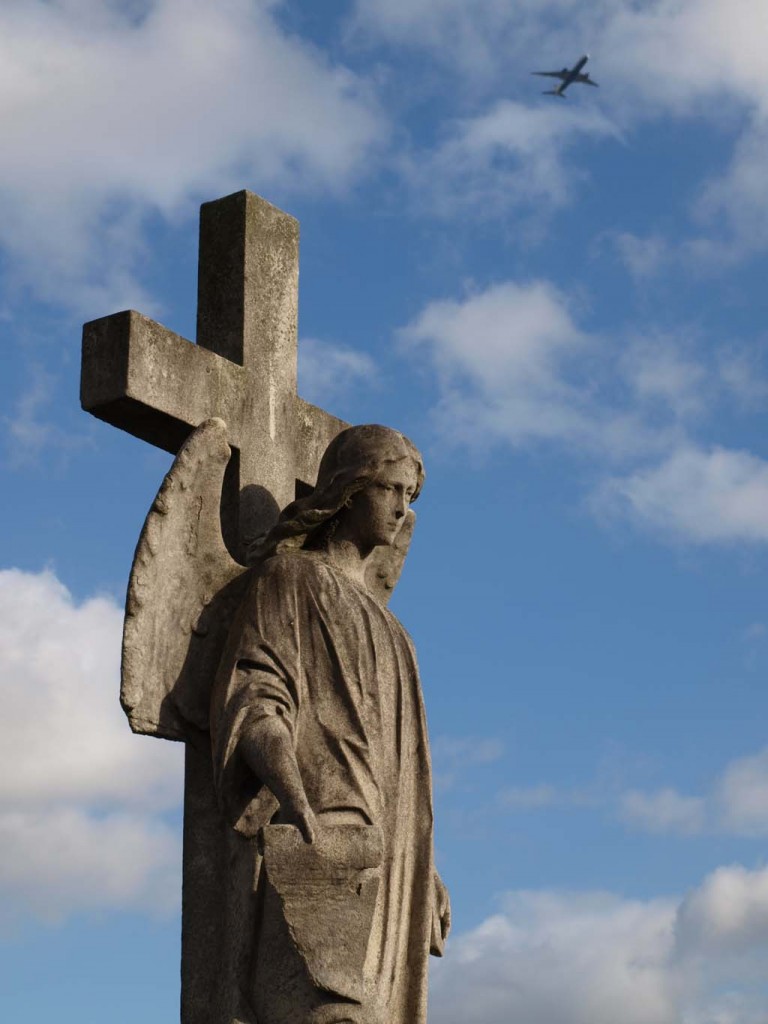 This is the Courtoy Mausoleum, also known as “the Brompton Time Machine”. It is the only one in the cemetery for which there is no record of construction – and for which there is no key. It hasn’t been entered for over a hundred years. It is thought to have been designed by the Egyptologist and occultist Joseph Bonomi. The legend is that it may have been a Time Machine or even part of a wider ‘London Teleportation System’   The Real Tuesday Weld is hoping to raise enough money to have the Mausoleum opened and a new key provided for future access – or time travel. To that end, they have made a haunting new Ep called In Memorium – a sequence of songs about death with Lazarus and the Plane Crash, The Puppini Sisters and Martyn Jacques of The Tiger Lillies. It’s available here 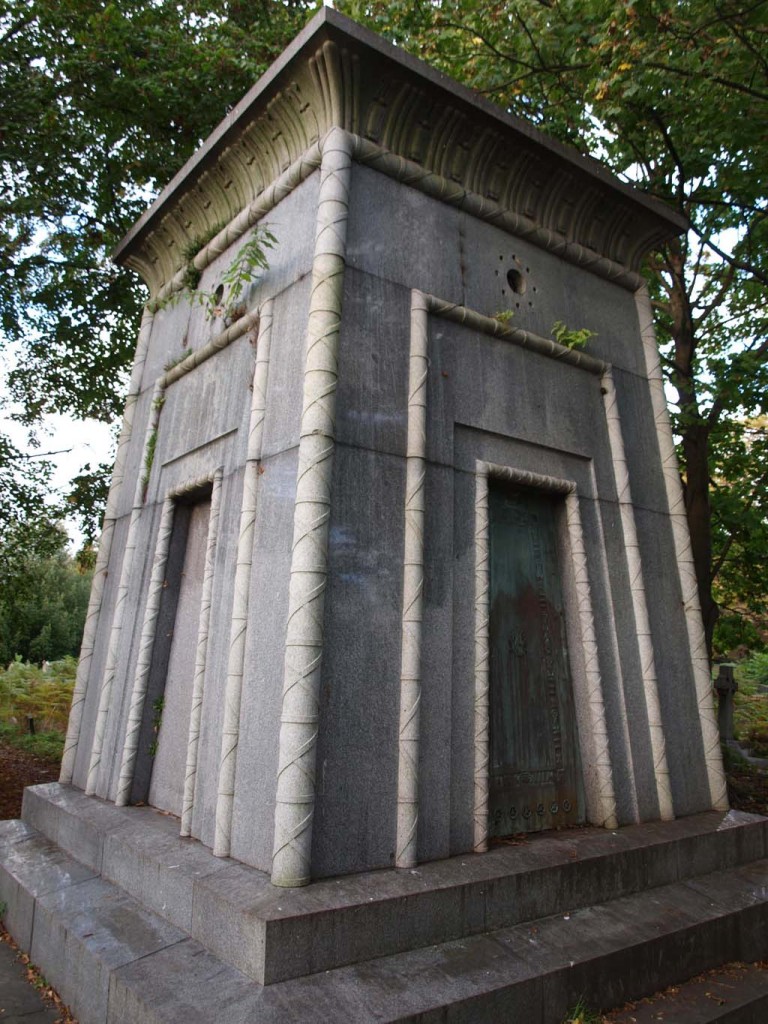 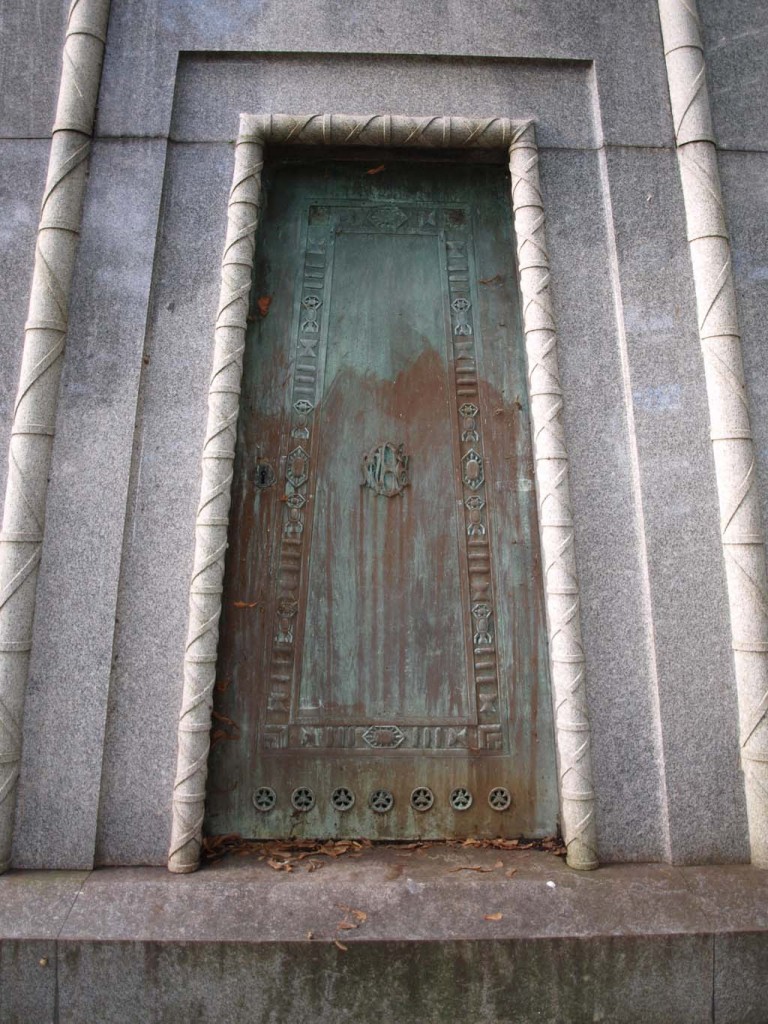 Autumn leaves form a carpet around this ornate Victorian mausoleum 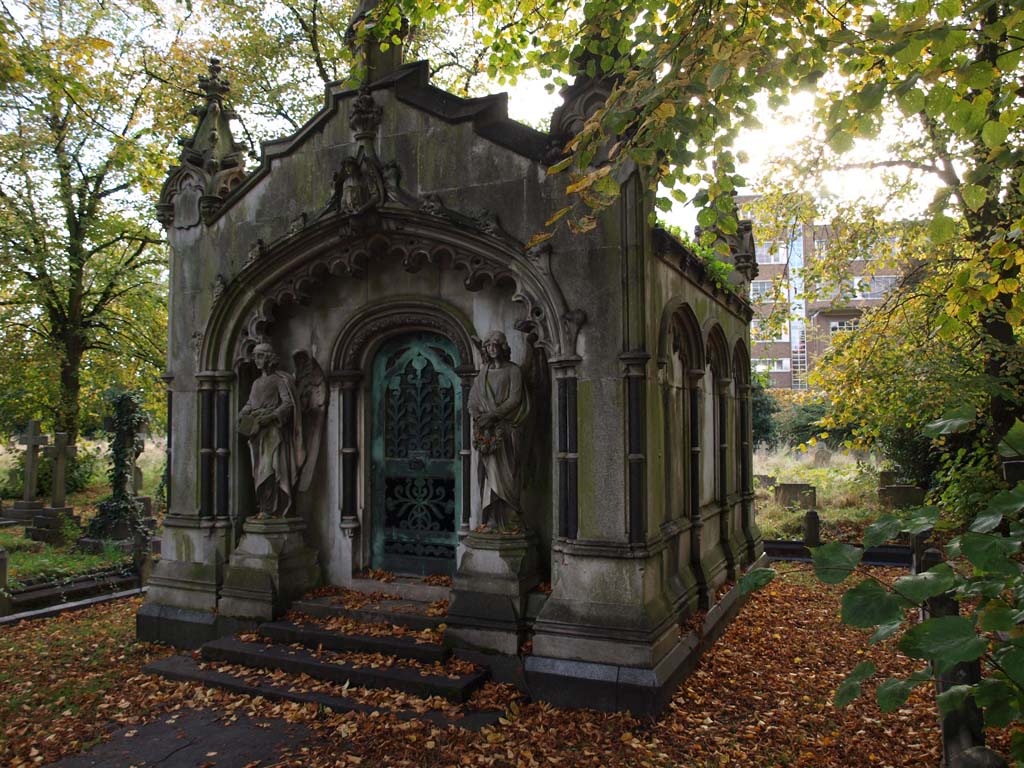 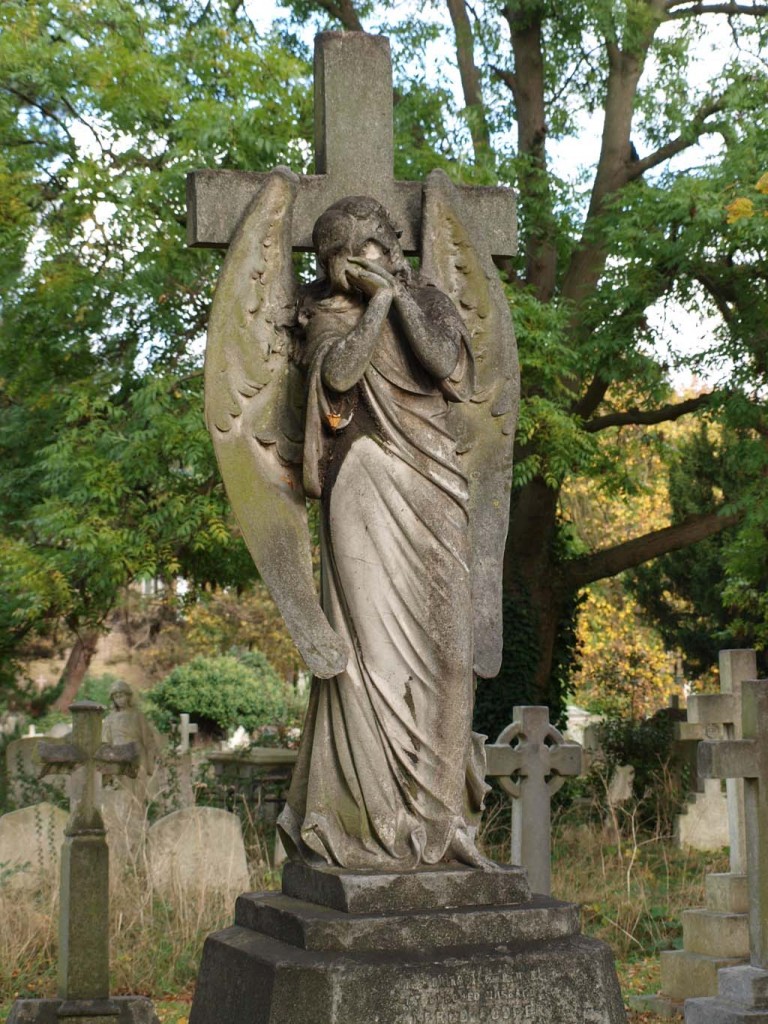 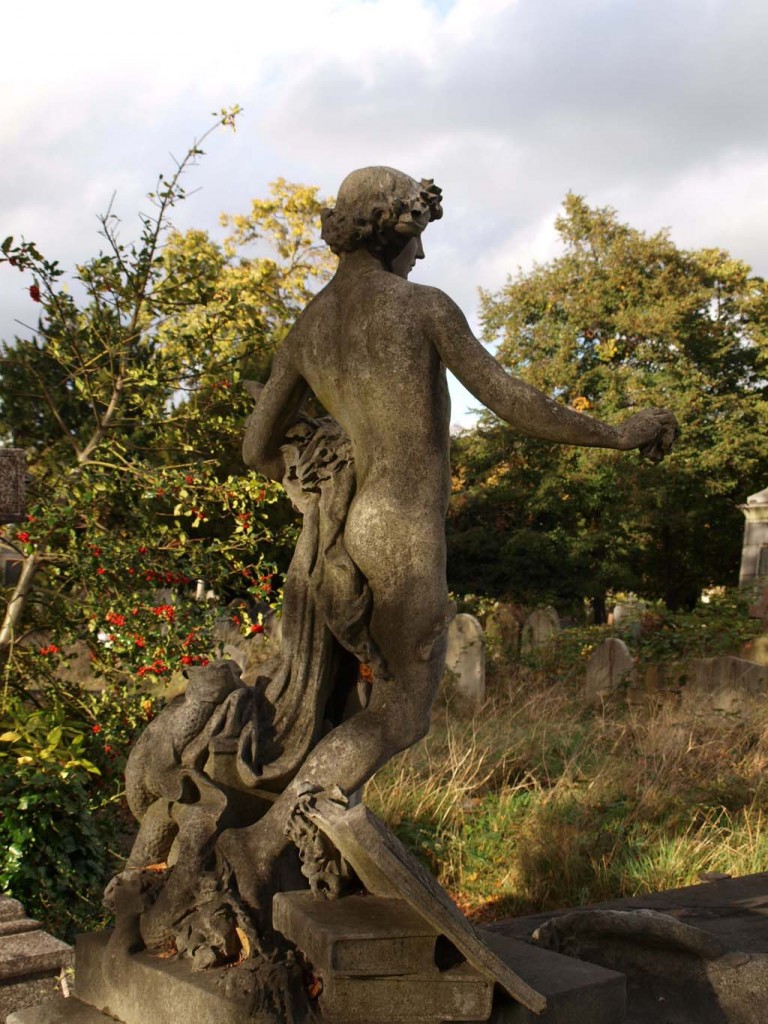 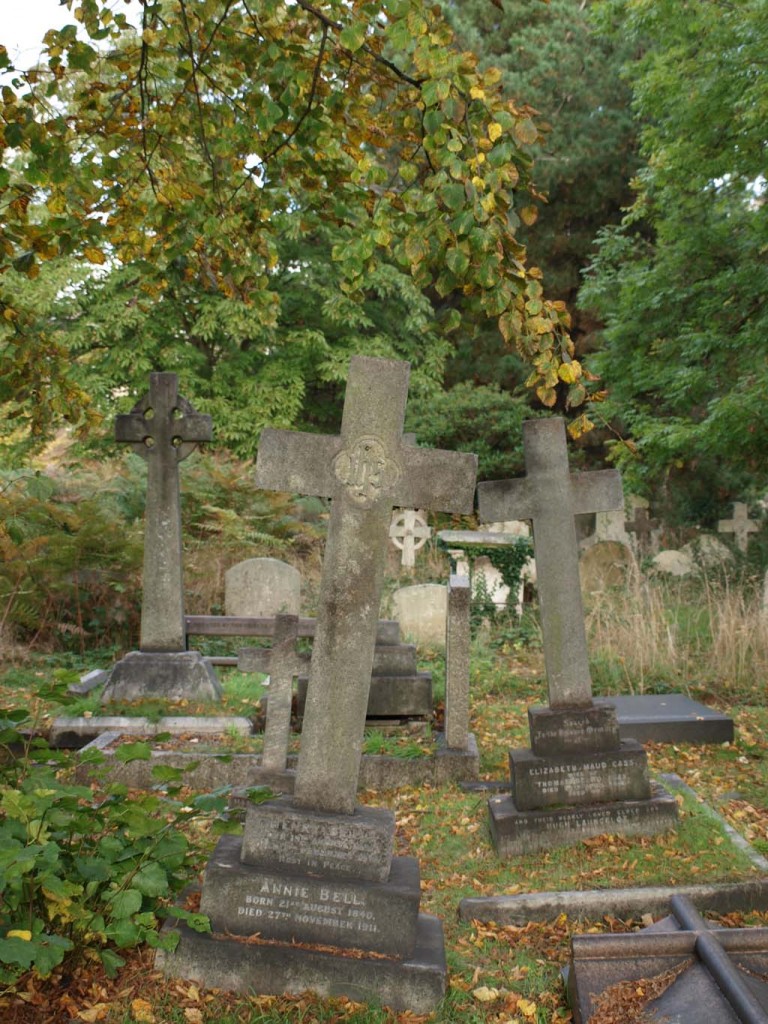 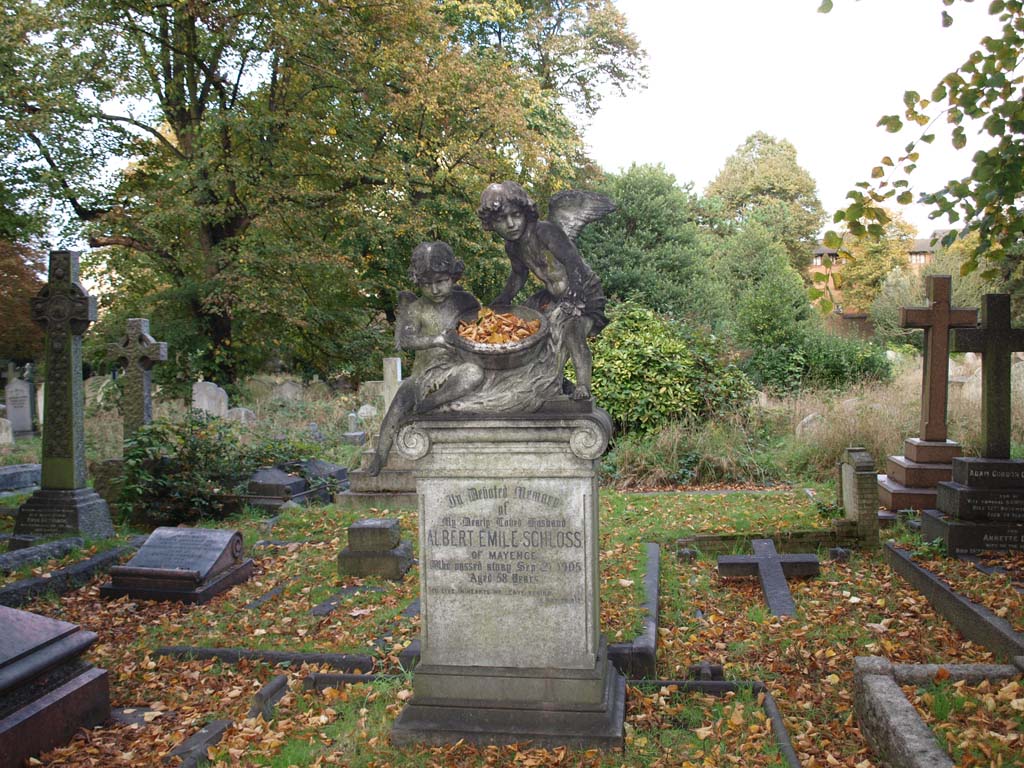 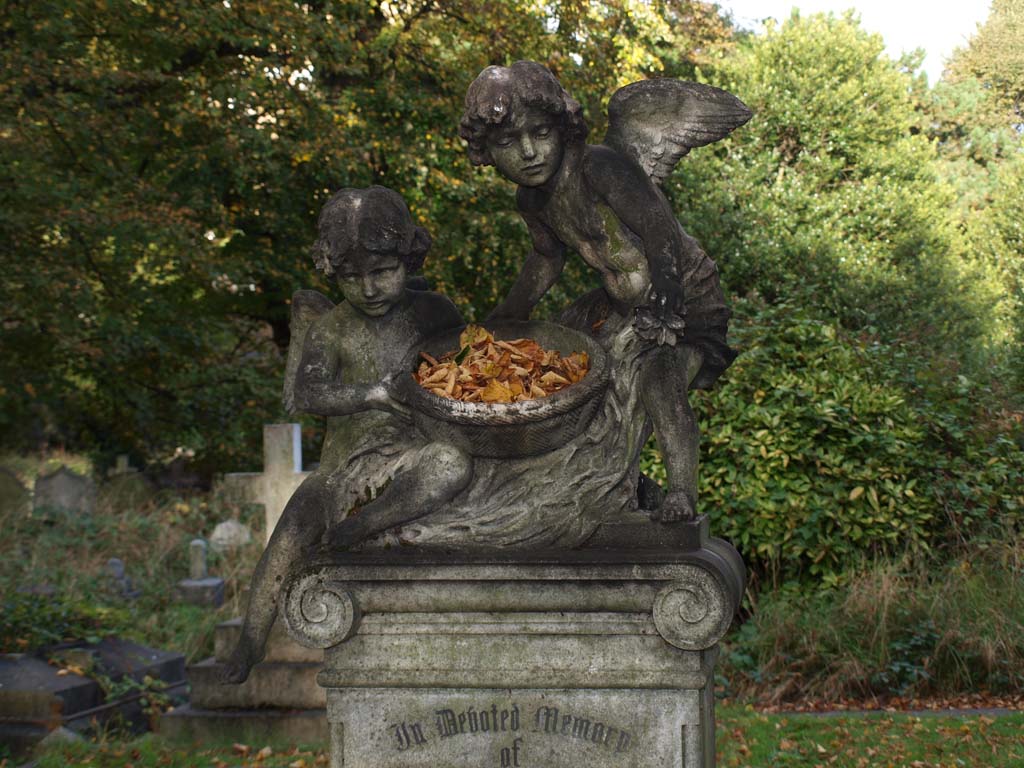 Previous post
Egon is in the Great Interior Design Challenge!
Next post
Richard Serra at the Gagosian