Richard Serra at the Gagosian

To the Richard Serra exhibition at the Gagosian Gallery. I love his Snake in the permanent collection of the Guggenheim Bilbao. Here, the minimalist sculptor has placed four colossal pieces, one in each room of the gallery. With the four pieces weighing 230 tonnes, the show required the demolition of most of the gallery walls and closed traffic on Britannia street for a fortnight during installation.

“Backdoor Pipeline” is a curving tunnel of reddish-brown steel about 15m-long with arch-like entrances at either end. Vast and monumental on the outside, the interior is mysterious with light and shade playing against its curved path. 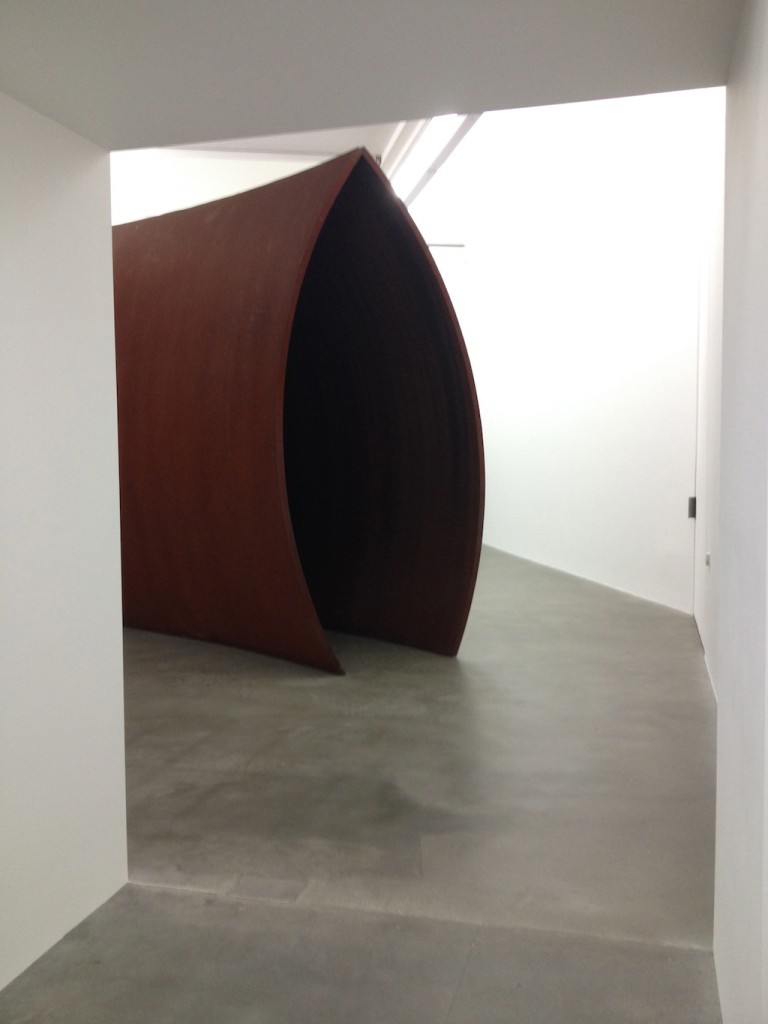 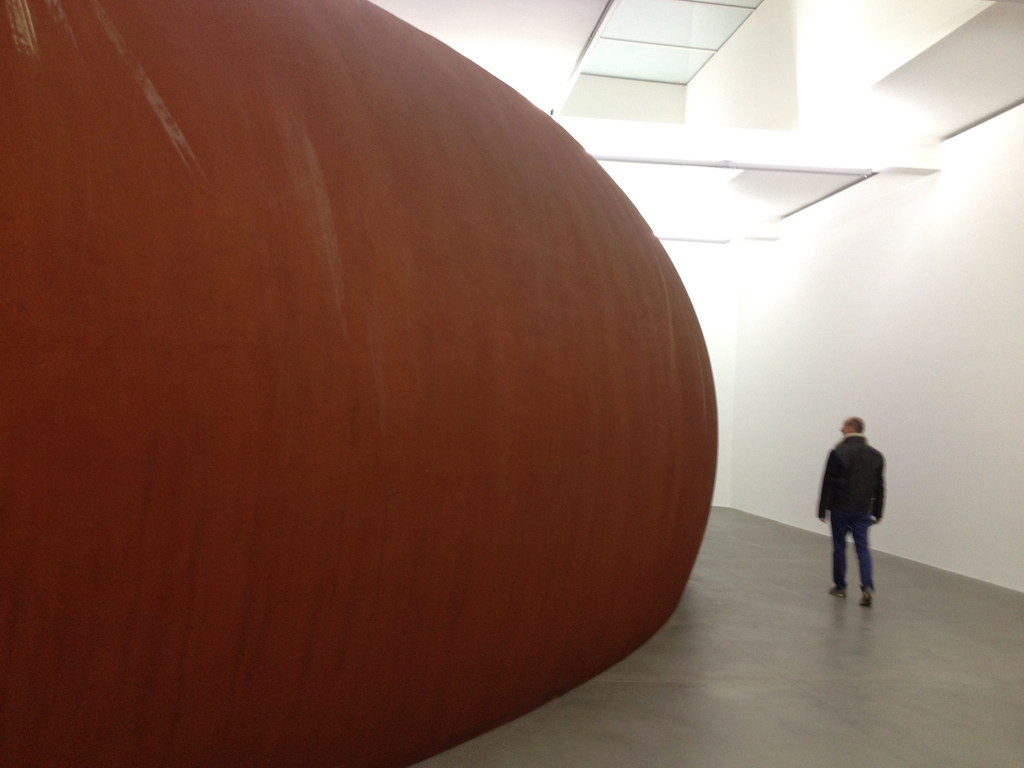 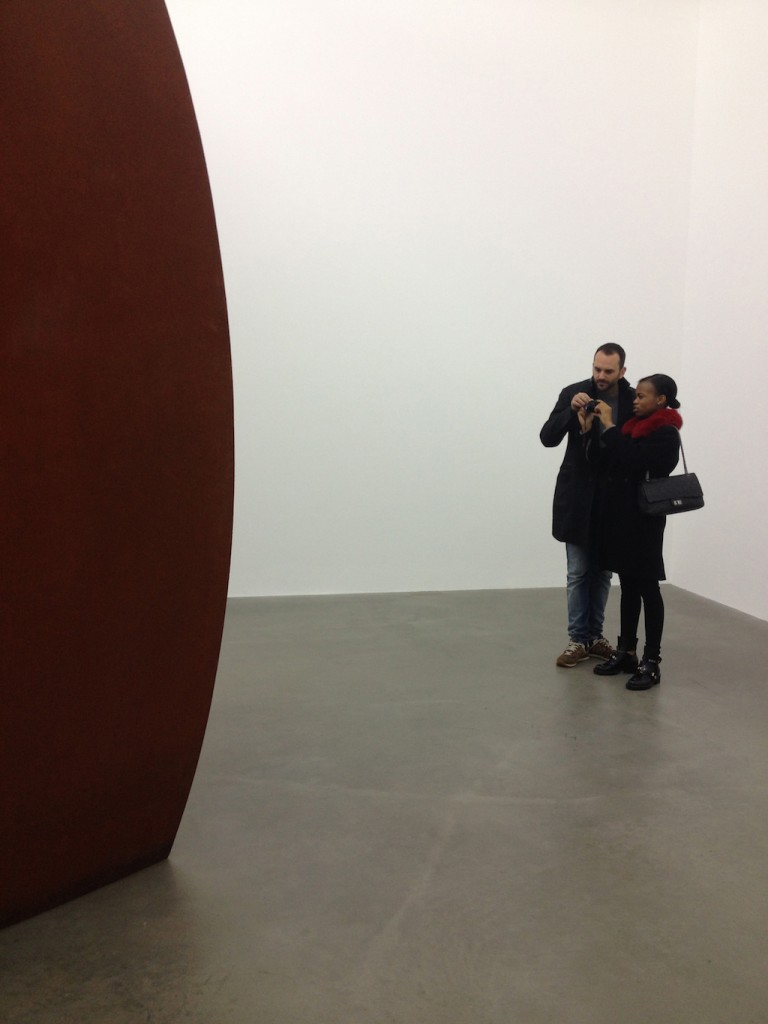 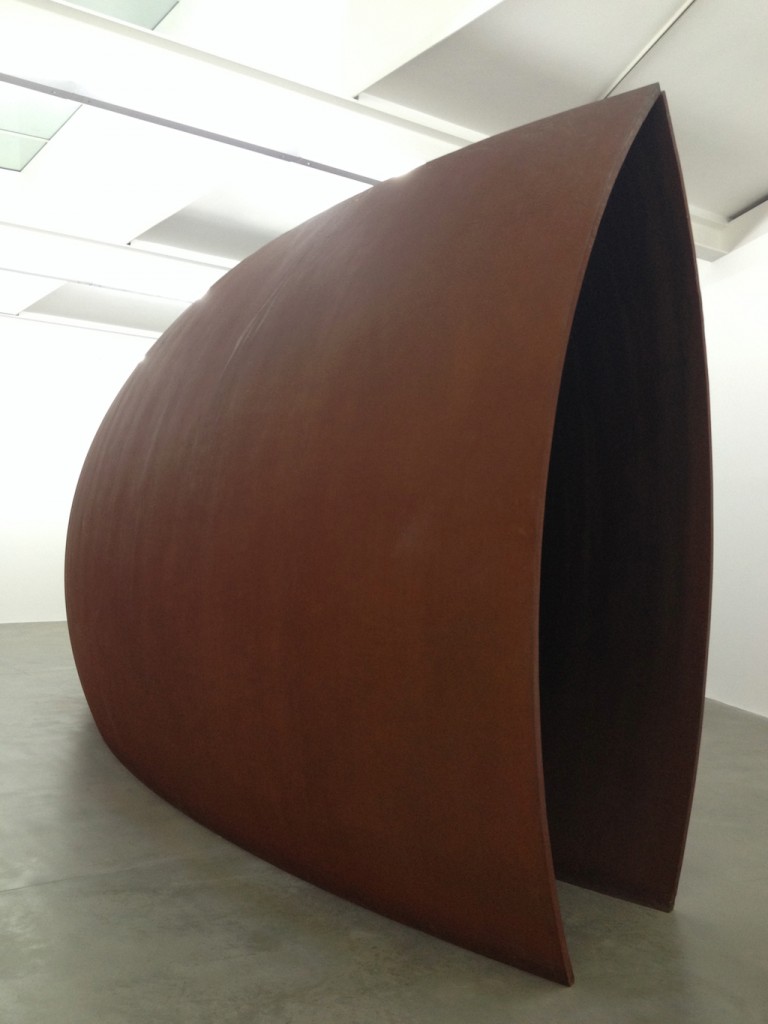 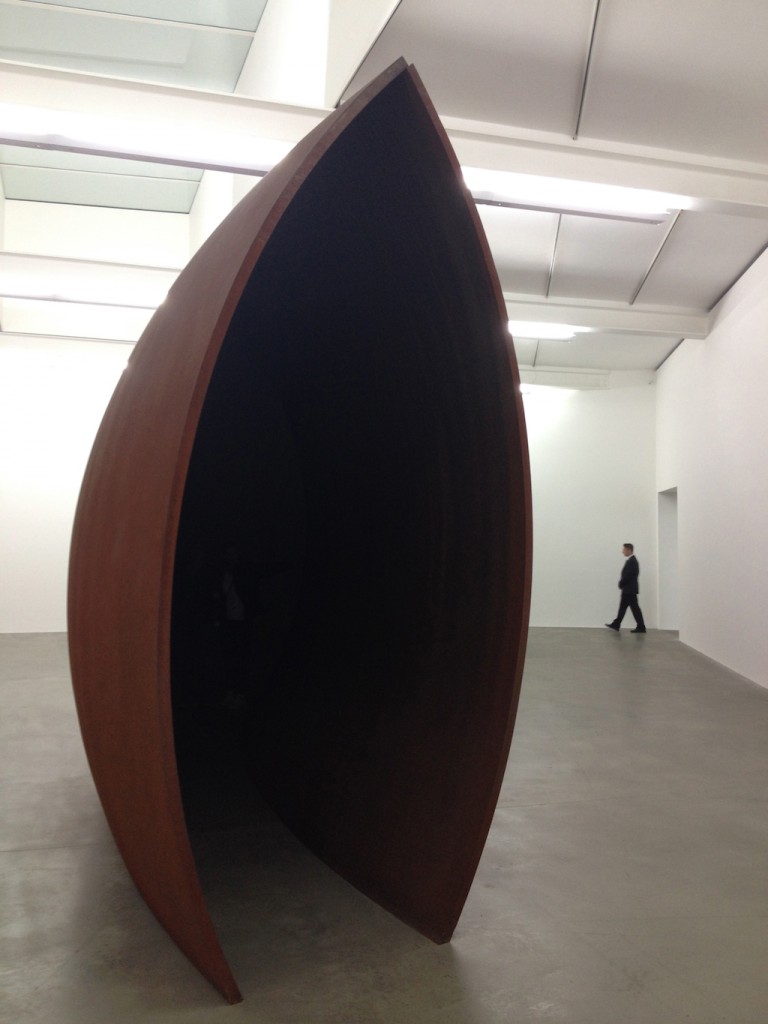 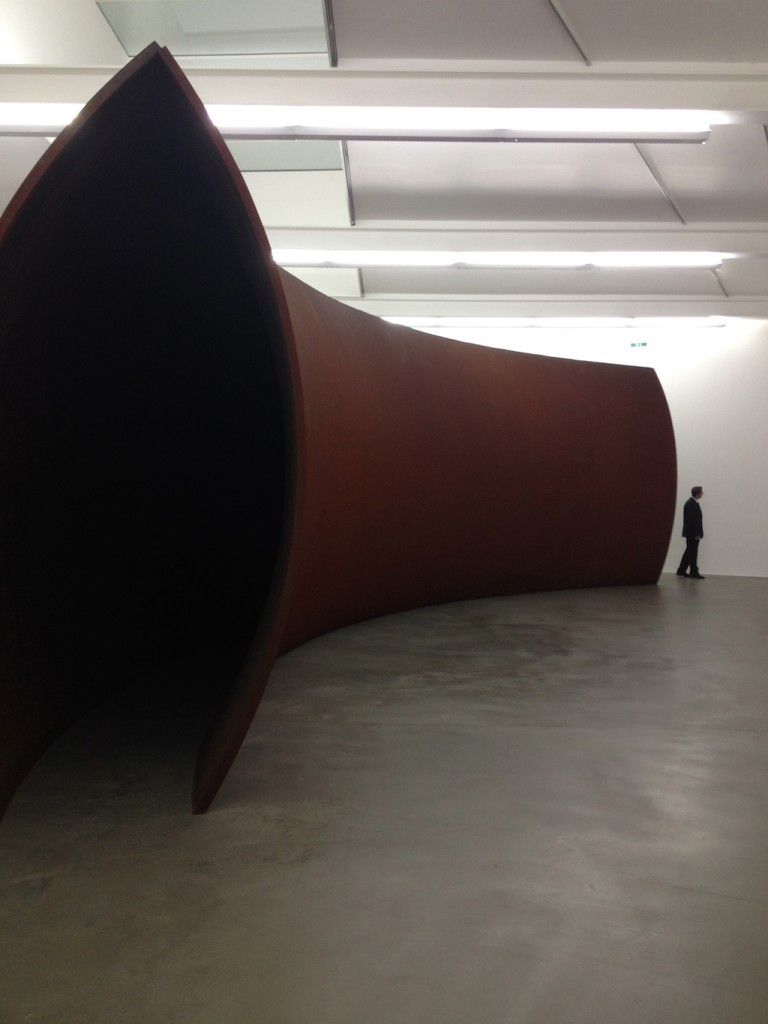 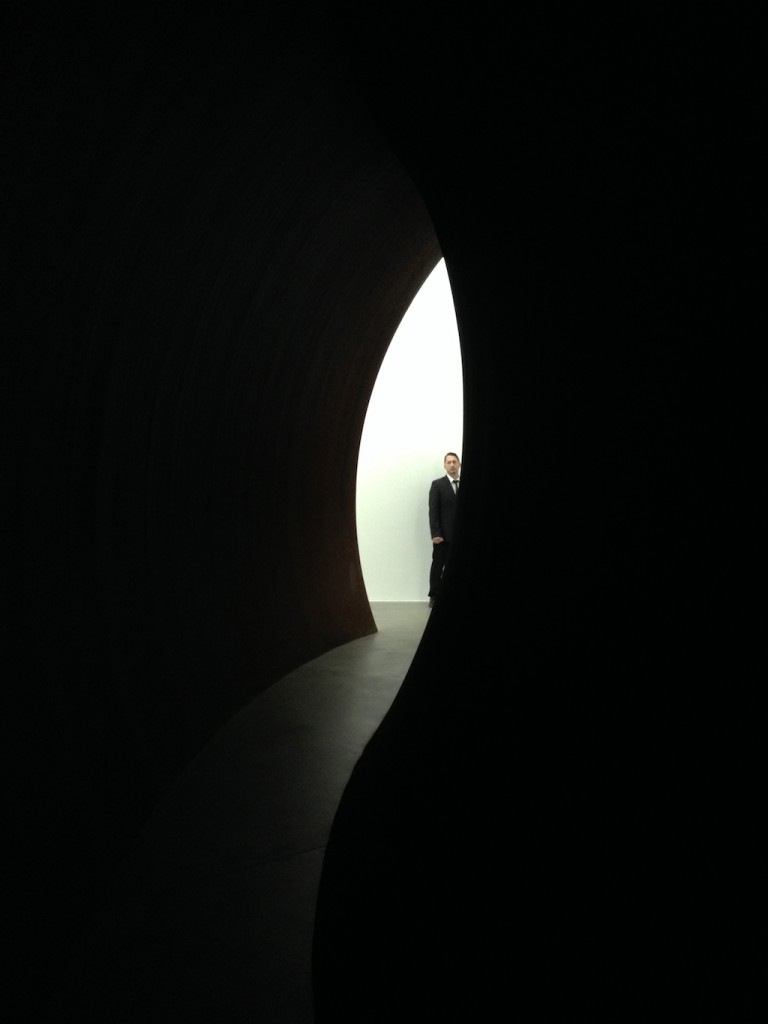 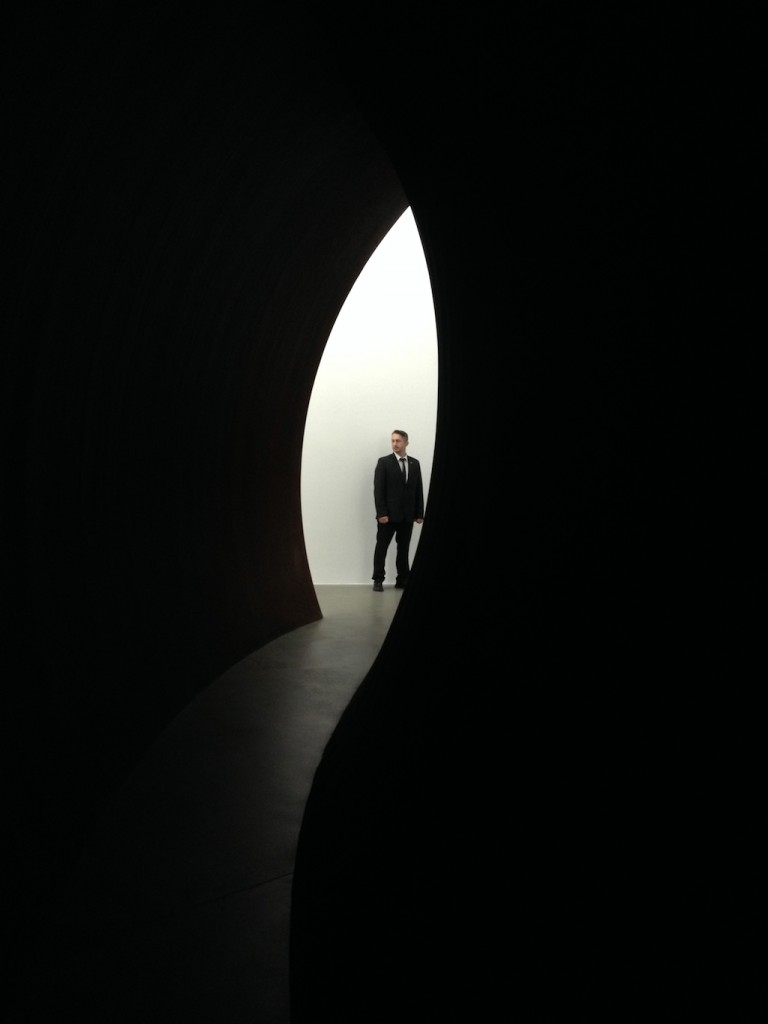 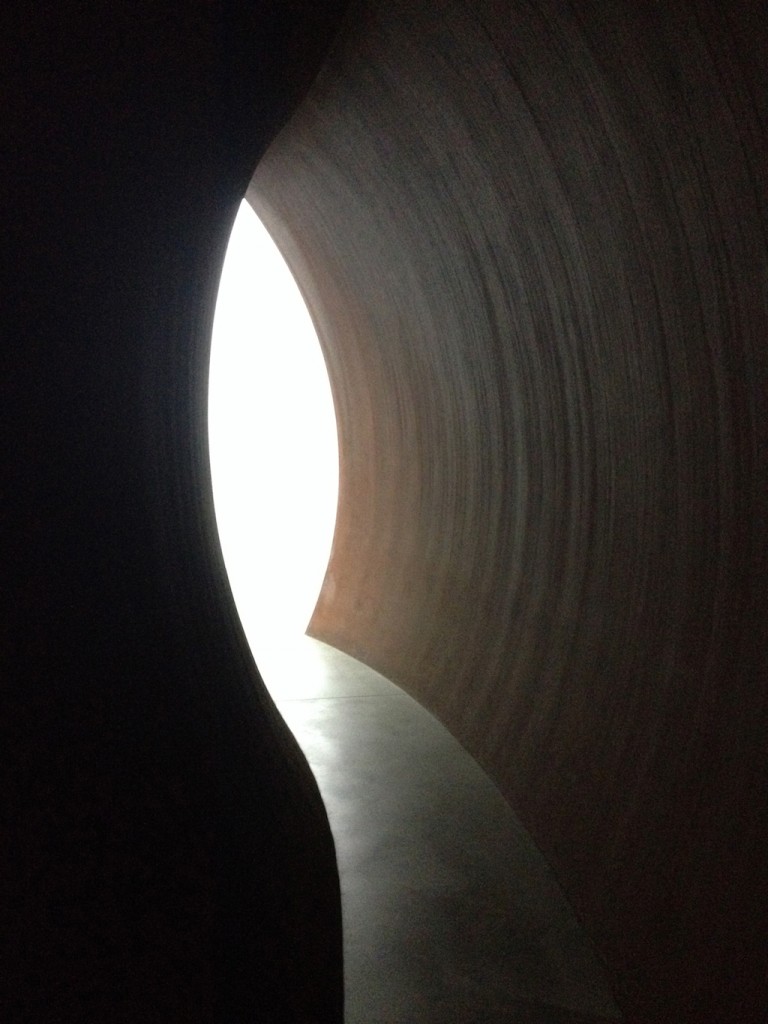 “Ramble” consists of two dozen upright steel plates of varying widths, each standing at roughly human height, arranged to form a geometric maze. The plates are placed in rows, irregularly, but within a pattern. The piece draws you in and encourages you to ramble amongst it, as if in a woodland, noting the beautiful patterns etched on the plates. 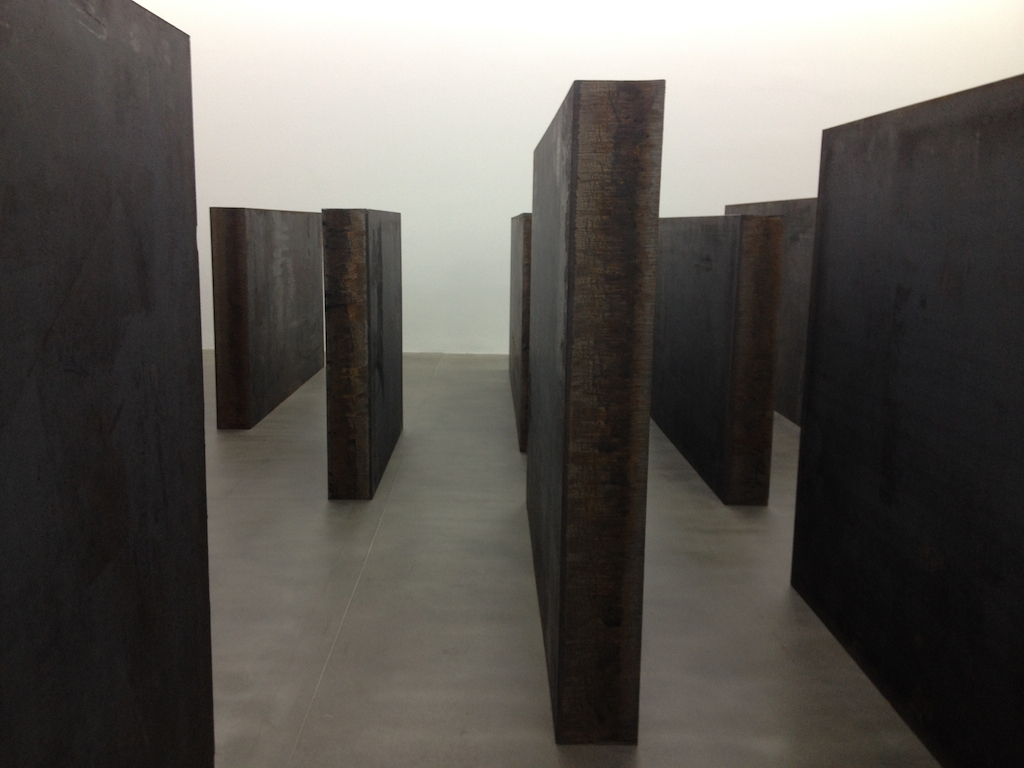 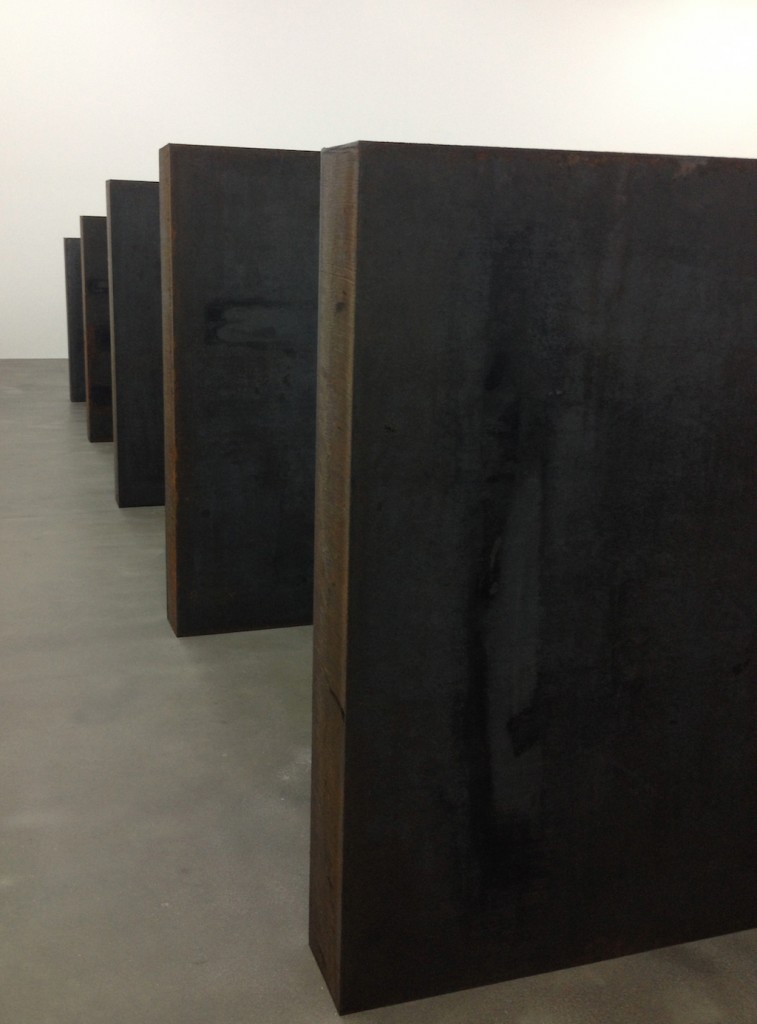 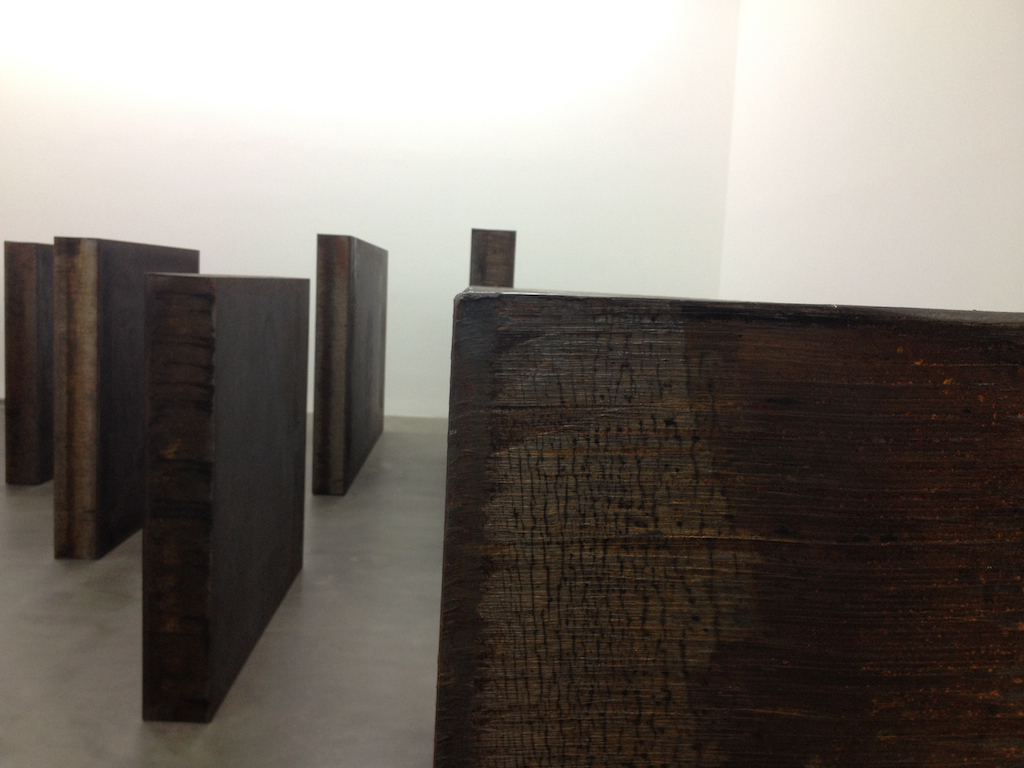 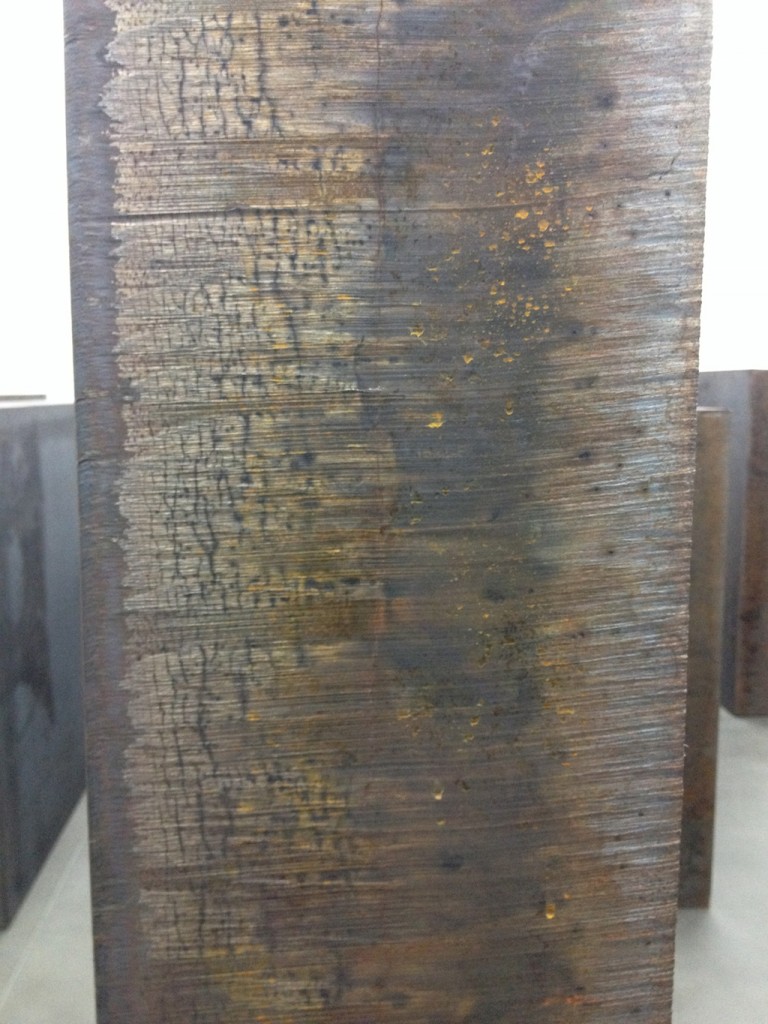 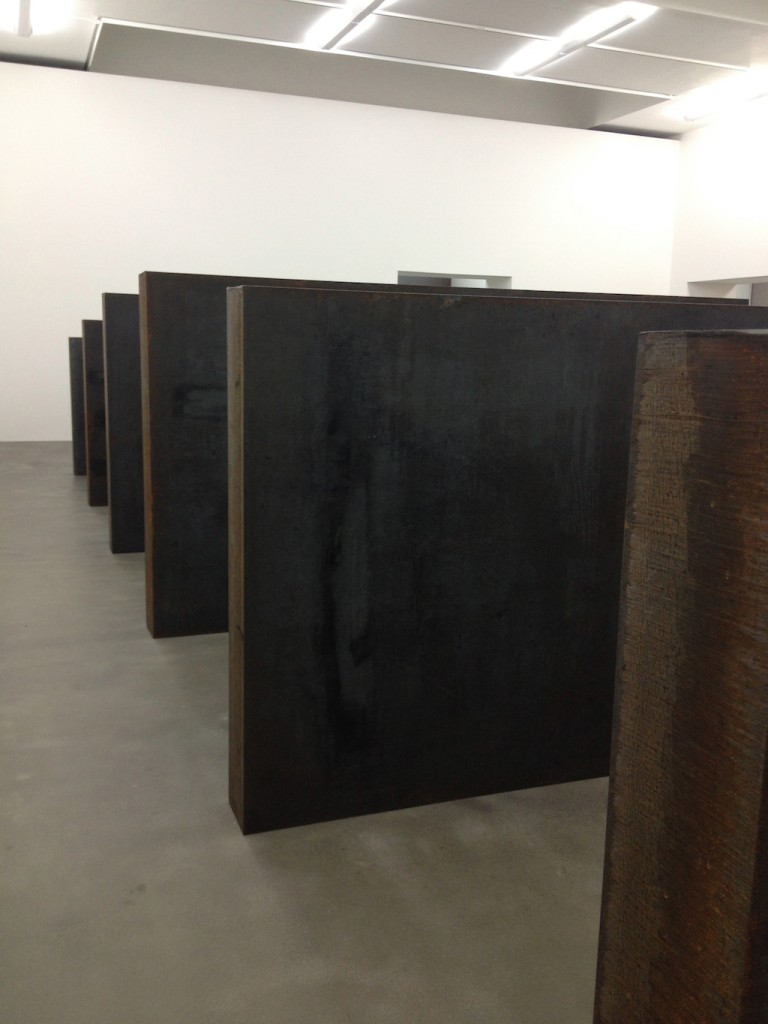 “London Cross”, which fills a single room corner-to-corner, consists of two 12m-long slabs of weatherproof steel placed one on top of the other and aligned to make a cross. The upper one, reaching the roof of the gallery, is not attached to the ceiling or walls but seems to defy gravity by resting entirely on its intersecting point with the lower slab. 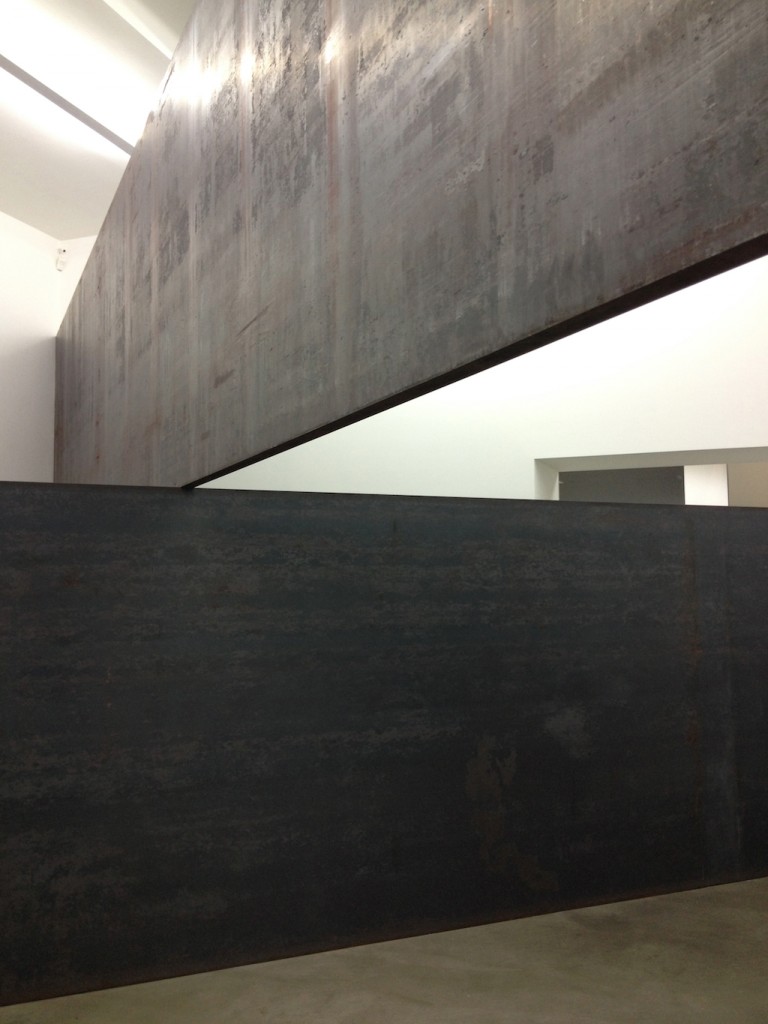 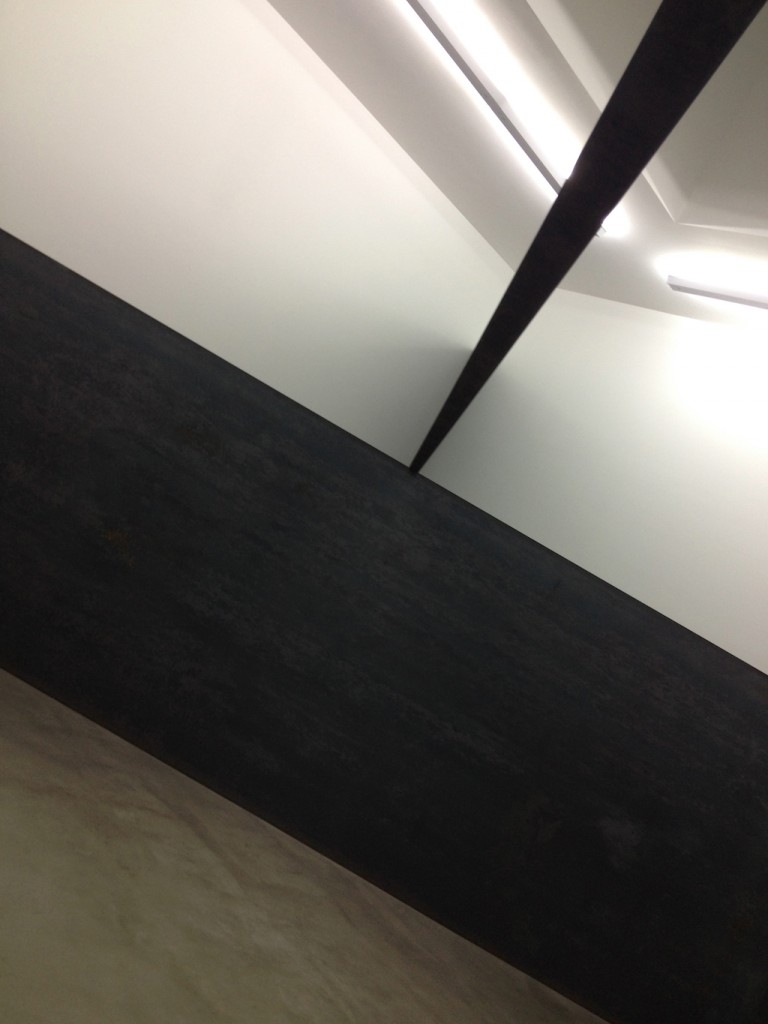 “Dead Load”seems to be a memento mori. Two massive pieces of forged steel, one resting on top of the other, the upper solid block a few inches wider and longer than the one below, like a dolmen. 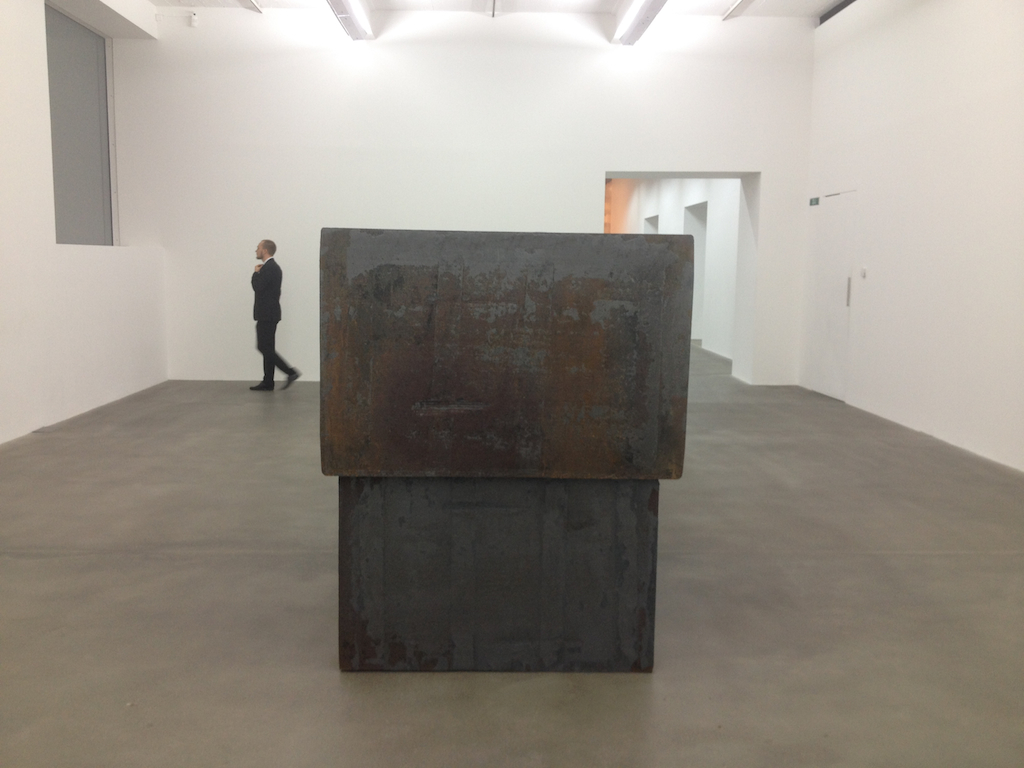 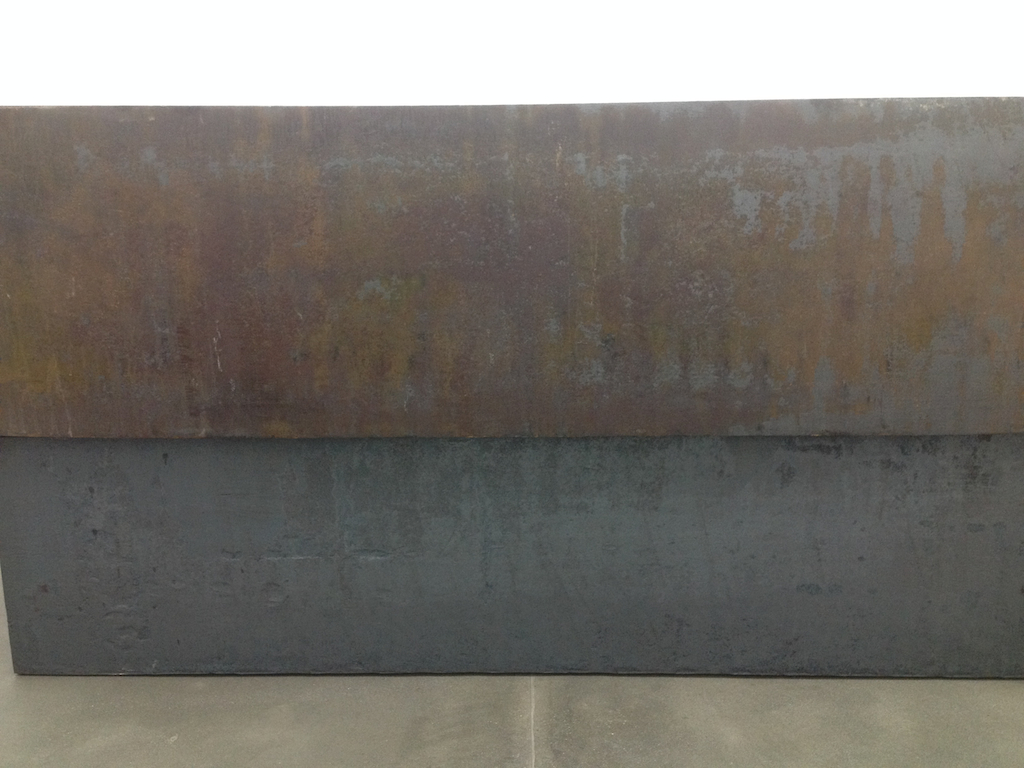 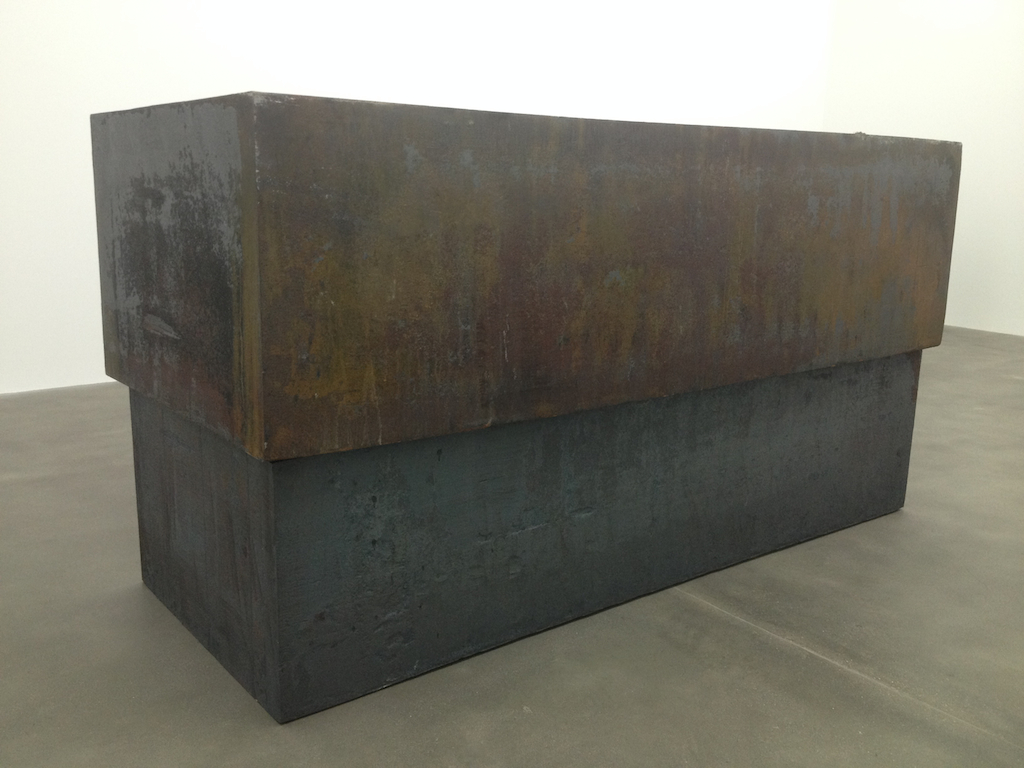 These pieces while monumental in scale are surprisingly intimate and tender in their impact. They invite touch and connection with the individual. They are also astonishingly beautiful. Go see.